Load Bearing Elements (LBE), also known as Barrettes, is a term that refers to the use of single or multiple arrangements of rectangular elements to support significant structural loads for structures. 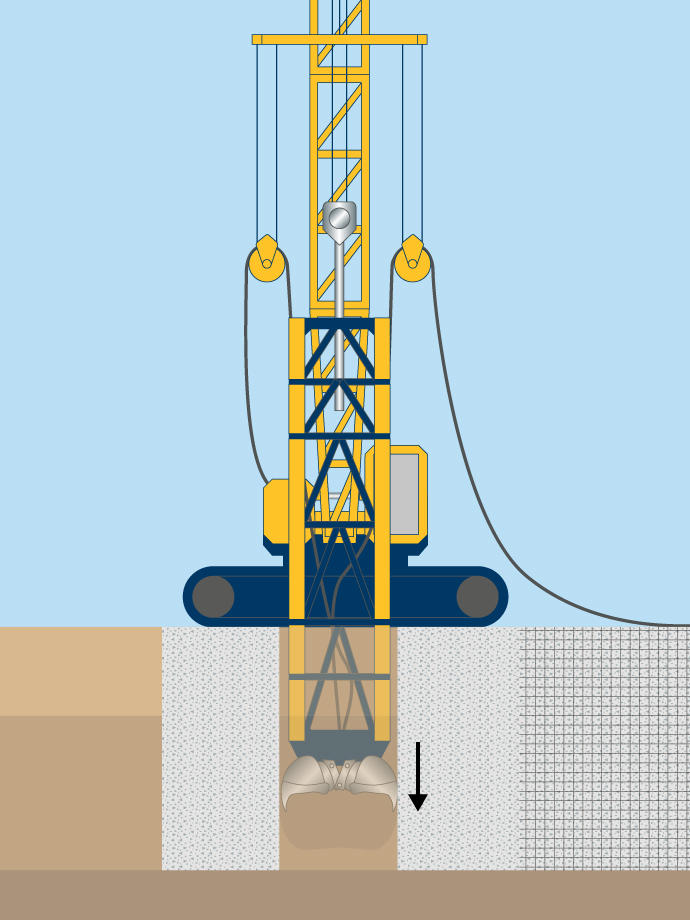 LBE’s can support large axial loads and high bending moments. Construction uses the same equipment as used for diaphragm and cut-off walls. They are installed using grab buckets or a hydromill with liquid slurry to stabilize the rectangular trench excavation. Once excavated to the required depth, a reinforcing steel cage or structural beams are lowered in place and filled with structural concrete. Using a combination of barrettes arranged in patterns (such as Tee, or H) can produce load-bearing elements that can support very large loads without the need for structural concrete pile caps. This superior load-carrying capacity makes LBE’s a more cost-effective solution over drilled shafts and most pile systems that require some type of pile cap.