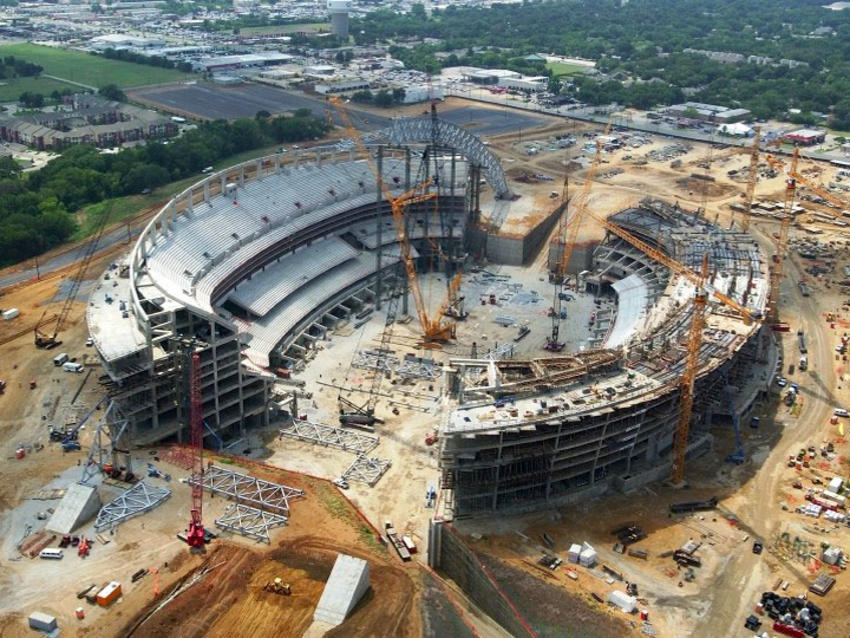 Engineering, excavation of 1.6 million cubic yards and construction of the wall was completed in less than five-and-a-half months.

The project had three significant challenges. The design the project required a 52 foot deep excavation with only 1 inch of lateral movement. As with any major league stadium, the schedule was intensive and challenging. Keller's detailed planning and communications with other trades enabled us to achieve the compressed schedule while performing on a crowded site.

Keller provided a design-build valued engineered earth retention system consisting of soil nails with a shotcrete facing. The system was completed on time and within the budget. The system included 350,000 lineal feet of soil nails and over 200,000 square feet of shotcrete.

To handle the more than 9,000 ton thrust reaction at each abutment supporting the largest domed stadium arches in the world, Keller installed four 176 feet long by 71 feet deep by 18 feet wide slurry wall abutment boxes at each corner of the stadium. The slurry walls were installed using state-of-the-art Leffer clamshells in order to penetrate the very hard, sandstone layers.

The steel cages in this box structure were heavily reinforced with more than 62 pounds per square foot of steel and the U-panel at each end of the boxes were constructed monolithically. These cages weighed in excess of 90 tons. 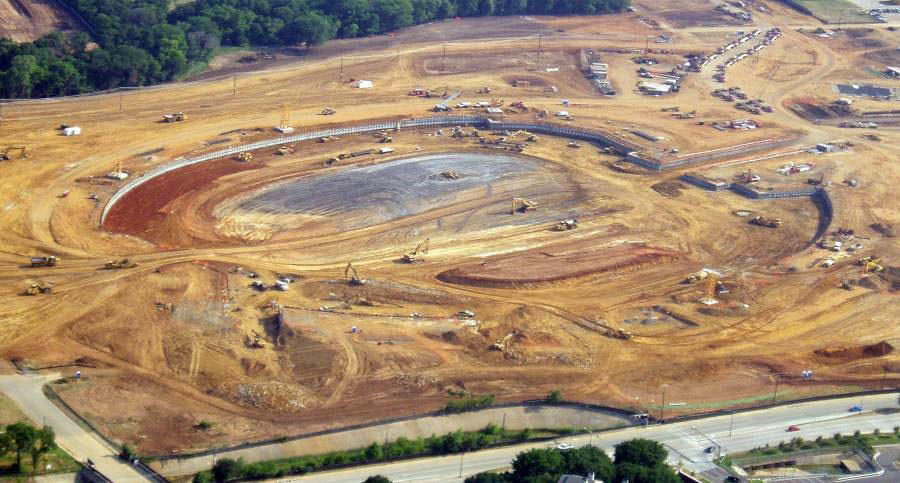 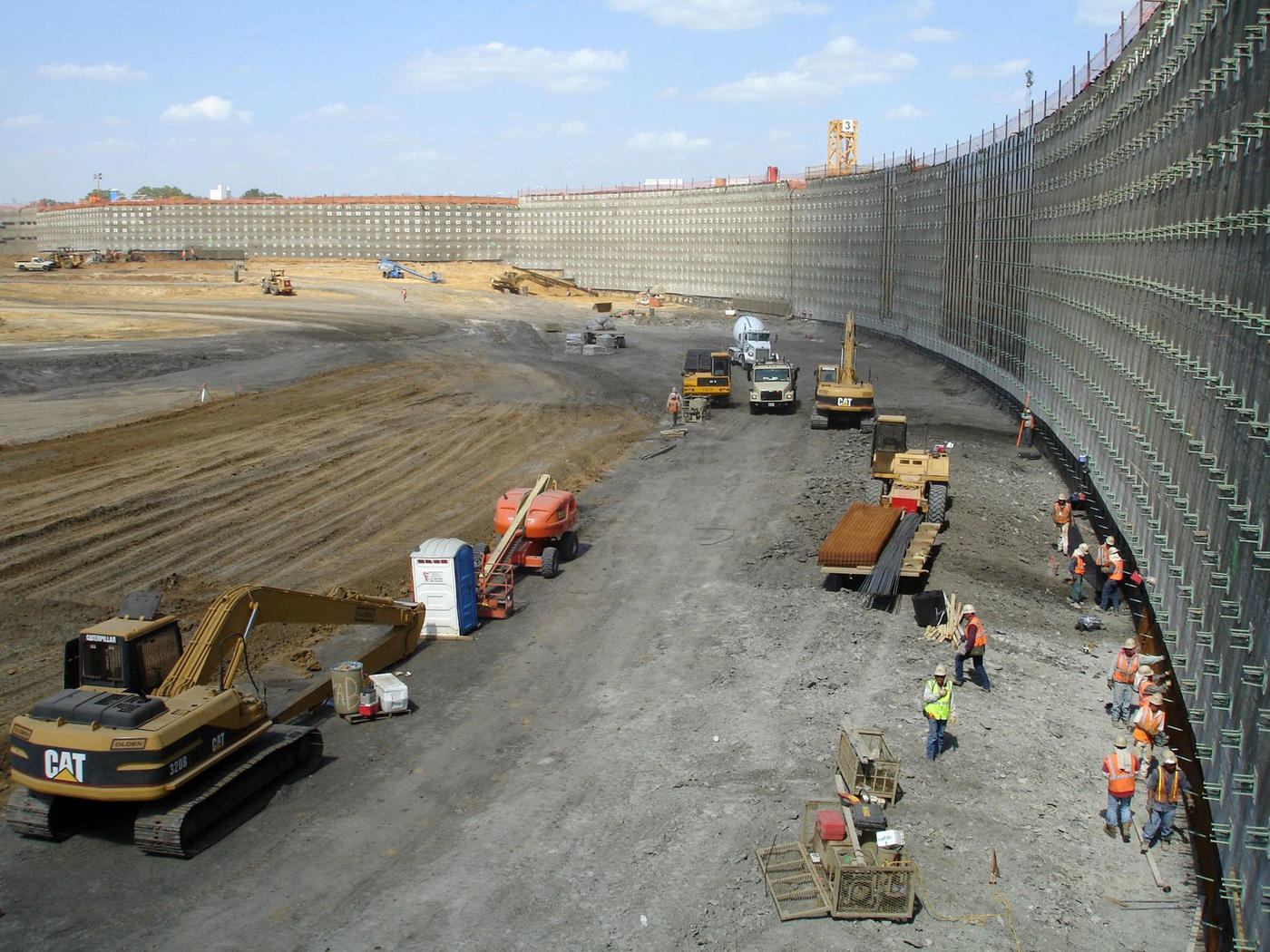 Over one mile of nails installed per day at peak production. 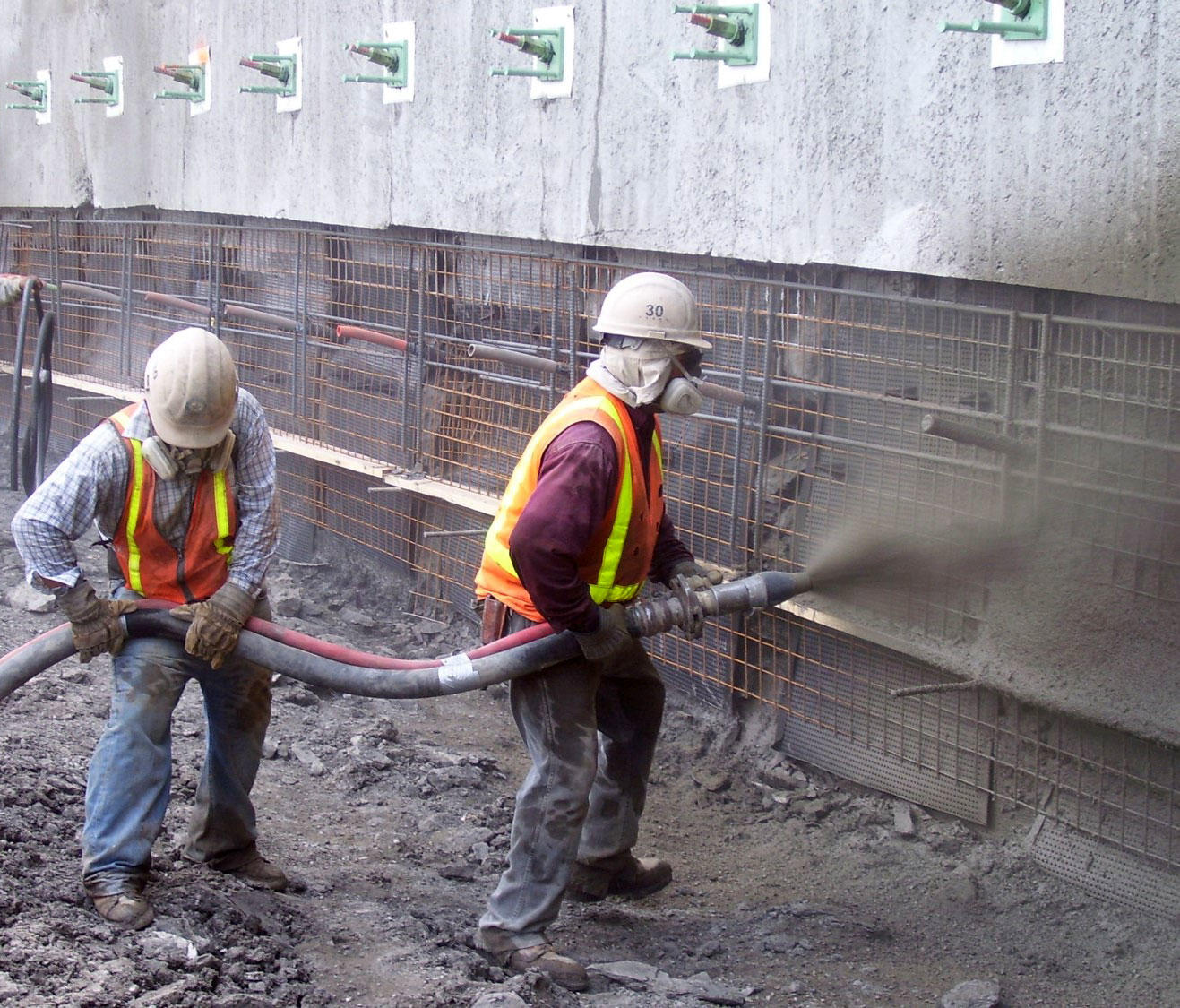