Built in 1913, the baseball park is home to the Chicago Cubs. Keller delivered a multi-technique solution to support recent upgrades while preserving this iconic, historic structure.

The park has completed several upgrades throughout its history, the most recent being the 1060 Project, referencing the ballpark's address of 1060 W. Addison Street. The project included:

Many construction activities were limited to phases during off-seasons, meaning a tight schedule for completion. Most work was done within the existing facilities or bounded by streets and existing utilities, creating tight site constraints.

To facilitate the construction and support the increased loads, deep foundation and support of excavation solutions were required. Keller worked with the geotechnical engineer for each aspect of the project to provide the optimum solution.

To support the new bleachers, Keller constructed 69 total belled drilled shafts, 30 in the right field and 39 in the left field. Bells ranged from 6 ft to 12 ft and were founded on hard clay.

The plaza was constructed with a secant pile wall on the north end, consisting of 240 piles, used as both temporary earth retention and the permanent foundation wall. An additional 63 belled drilled shafts up to 85 ft deep were used as deep foundations. On the south end, 1200 LF of sheet piles were installed with one level of tiebacks on the east side and internal bracing on all sides.

For the upgrades to the ballpark and concourse areas, micropiles were used to underpin the existing footings and support new ones. Keller installed 184 micropiles of various capacities up to 500 kips, socketed into the limestone bedrock below.

A players' tunnel was constructed between the plaza and the concourse. Because the tunnel was built in low-headroom and with a high-water table, micropiles and jet grouting were chosen as the best solution. Seventy micropiles were used as the structural support of excavation (SOE) component and supplemented by 72 jet grout columns to create a low permeable SOE barrier for constructing the permanent tunnel.

Finally, Keller company, GEO-Instruments, installed and monitored real-time instrumentation to assure that the work did not adversely affect the existing historic structure. 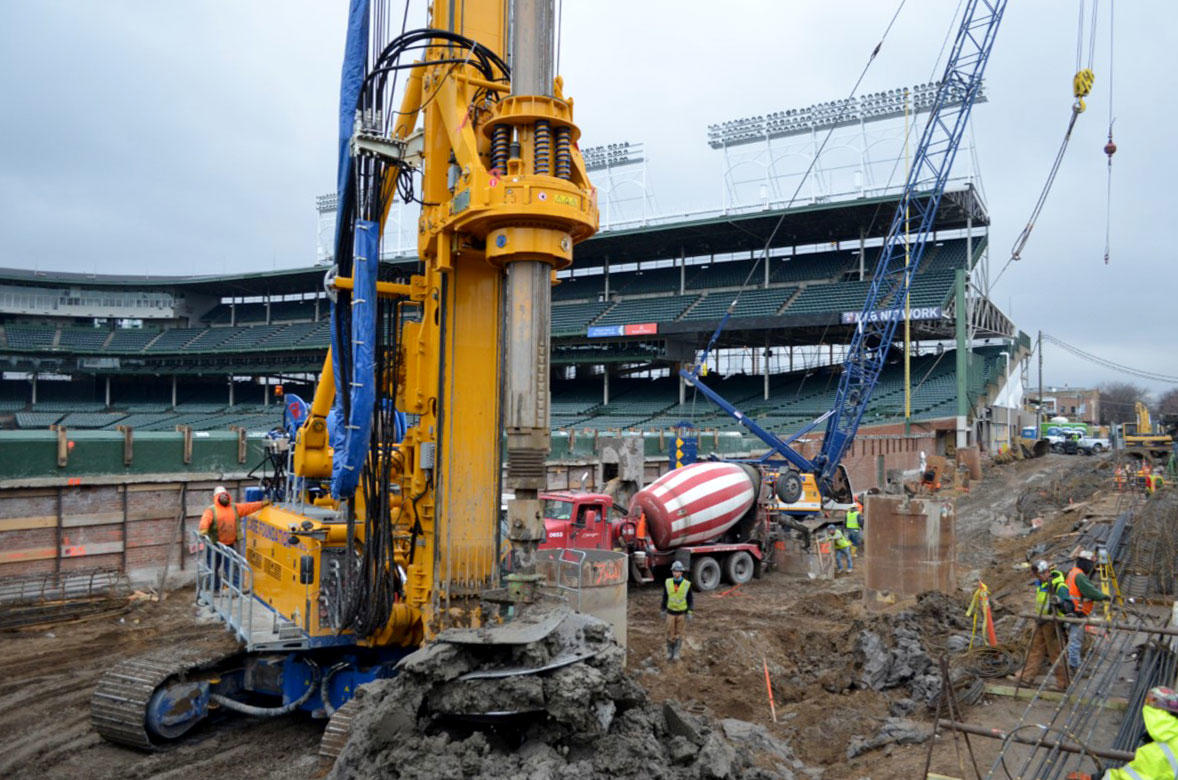