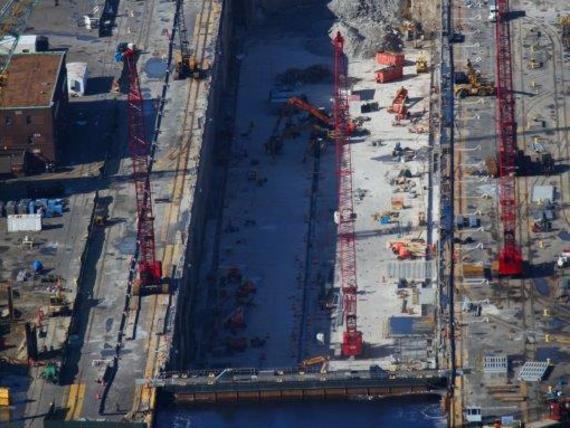 Situated in the tidally influenced Elizabeth River, Norfolk Naval Shipyard in Portsmouth, VA, is the oldest and largest shipyard in the United States. No longer used for shipbuilding, the facility nowadays specializes in the repair, overhaul, and modernization of ships and submarines. 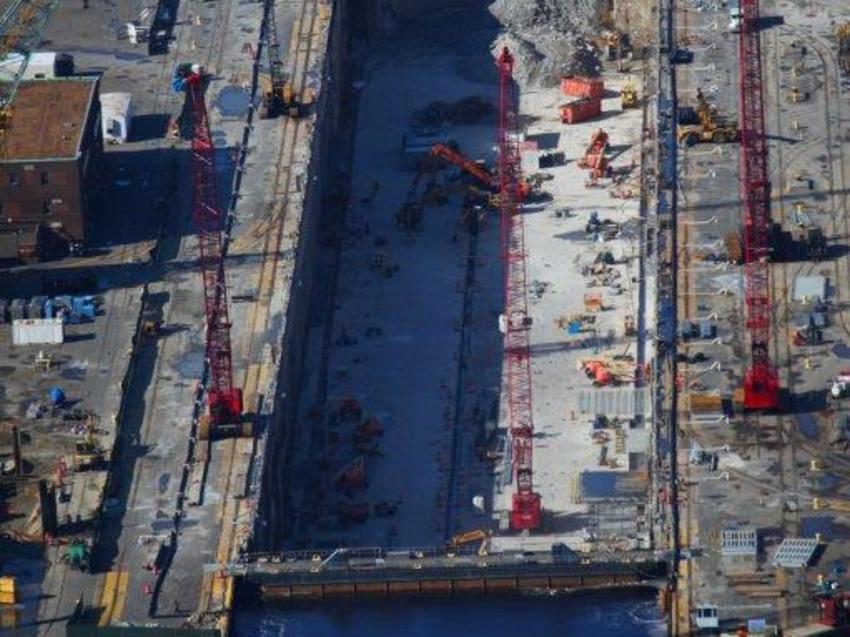 Dry Dock #8, which is 1,100 feet long by 150 feet wide and extends to a depth of 55 feet below mean river level, is capable of supporting all classes of naval shipping up to and including Nimitz-class aircraft carriers. Rehabilitation of the dock included the removal and replacement of three feet of deteriorated concrete on the walls and floor of the structure. Water levels were required to be maintained three feet below the base concrete slab to reduce buoyancy, maintain the dock’s structural integrity, and control groundwater infiltration through the existing concrete during the rehabilitation work.

A geotechnical investigation indicated that the entire site was underlain by the Yorktown Formation, consisting of medium dense to dense silty sands with shell fragments. Within limited portions of the formation, the shell fragments were the primary component, creating highly permeable zones that would produce high groundwater yields. Given the location next to the Elizabeth River, minimizing the amount of waste generated at each hole during the drilling process and safe disposal was critical to avoid accidental spillage.

Keller was retained by the general contractor for the design and installation of a deep well dewatering system to achieve the drawdown. Analytical computer modeling conducted by Keller was used to determine the depth of well installation and the pumping rates required to achieve the required drawdown. Keller’s design consisted of 30 deep dewatering wells on a nominal 40-foot spacing along each side of the dry dock, for a total of 60 wells. Wells closest to the dry dock bulkhead, where the tidal influence was greatest, were spaced at 25 feet on center. Well design consisted of 80 feet of slotted PVC screen with 40 feet of the solid riser. Filter sand extended to within 4 feet of the top of the drill hole, with a 4-foot bentonite seal placed onto the ground surface. Each well was equipped with a submersible pump, motor, and individual control panel. Pumps ranged in capacity from 5 to 25 HP, depending on anticipated individual well yield.

Mud rotary drilling techniques were used to drill a 15-inch borehole and advance a 10-inch diameter well casing to design depth at 120 feet below working grade. To minimize the amount of waste generated at each hole during the drilling process, the drilling fluid was directed through a mud cleaning system which separated the drill spoils from the mud. The drill spoils were then directed to a storage container for off-site disposal. After all the holes were drilled, the mud was allowed to settle and the water was decanted off and discharged. The remaining solids were disposed of off-site.

During dewatering operations, piezometers installed around the perimeter of the dock were used to monitor groundwater drawdown. Pumped water was discharged to the harbor. The dewatering system operated 24 hours per day, seven days a week until the rehabilitation work was completed, at which point the wells were sealed and abandoned. 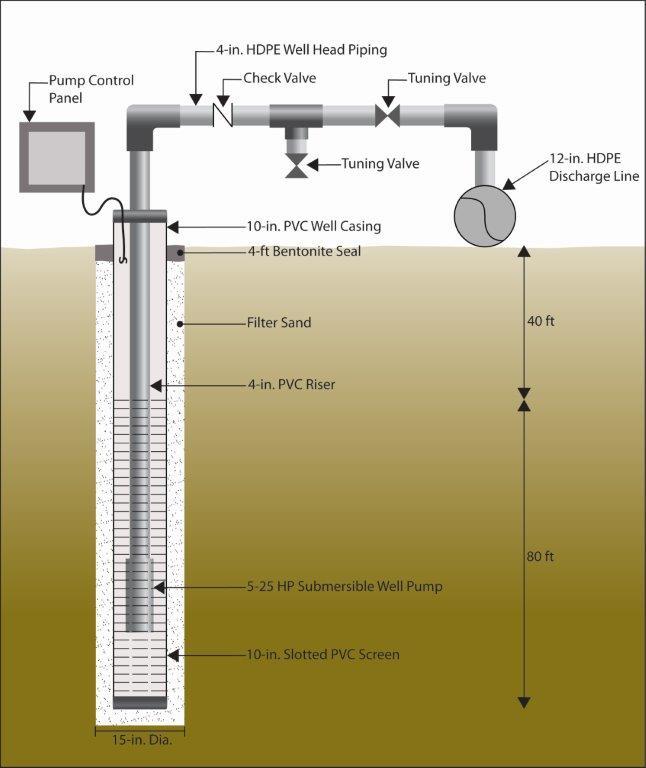