Keller mobilized one week from first contact including the completion of pricing, proposal, and contract. 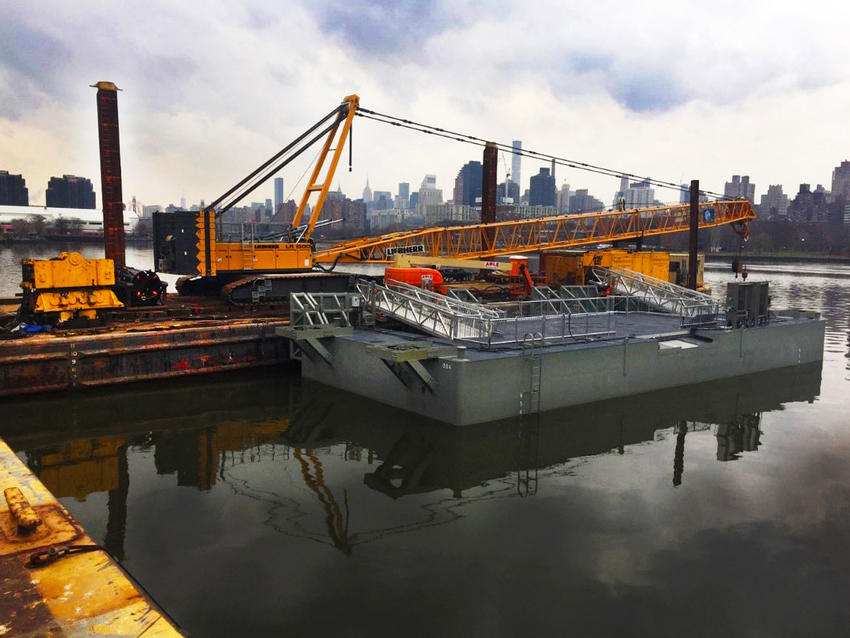 Setting up the rig on the working platform.

New York City Economic Development Corporation (NYCEDC) was working hard to improve mobility for residents as part of the Citywide Ferry Service Upgrade project. The Hallets Cove ferry project was severely behind schedule so the main contractor, Skanska, contacted Keller to get things back on track.

The project required a quick turnaround with a revised pile installation plan, pricing, contract execution, material procurement, mobilization, and execution of the work. Logistical concerns left installation plans uncertain. Pile refusal on the rock was encountered at unanticipated elevations during the installation of the anchor and fender piles.

Keller proposed revised installation plans based on previous marine work in the area, which was accepted by the project engineer. Due to logistical concerns, Keller performed the work on a shift-rate basis. Because of schedule concerns, the Keller crew worked multiple shifts and gave a variety of pricing options to cover the double shifts which worked up to 12 hours per day. Due to premature pile refusal, pre-drilling through the rock was required to achieve the required pile tip elevations. Work was completed in less than 30 days and helped gain days back to the schedule. 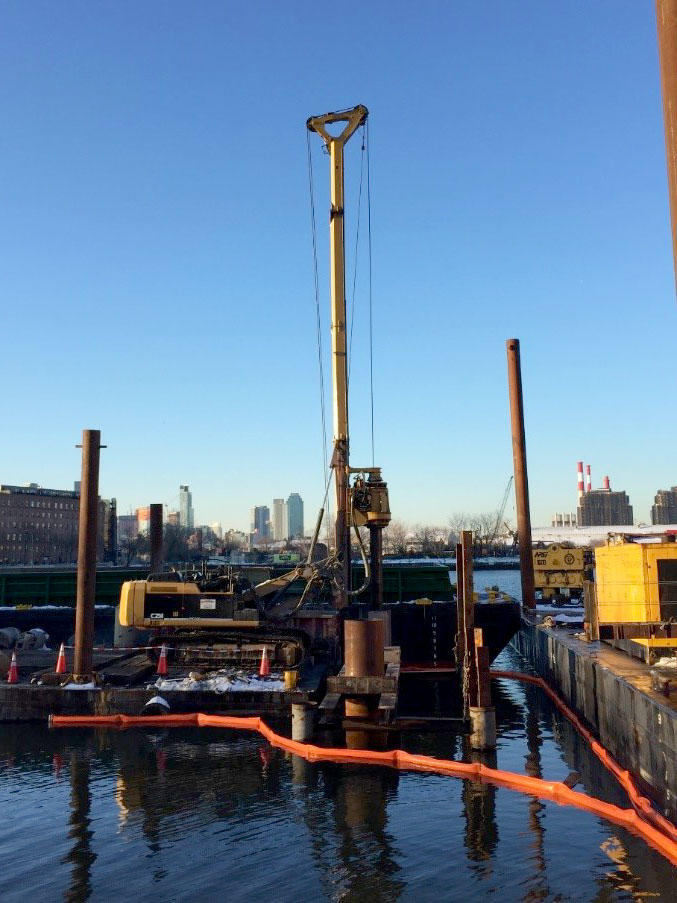 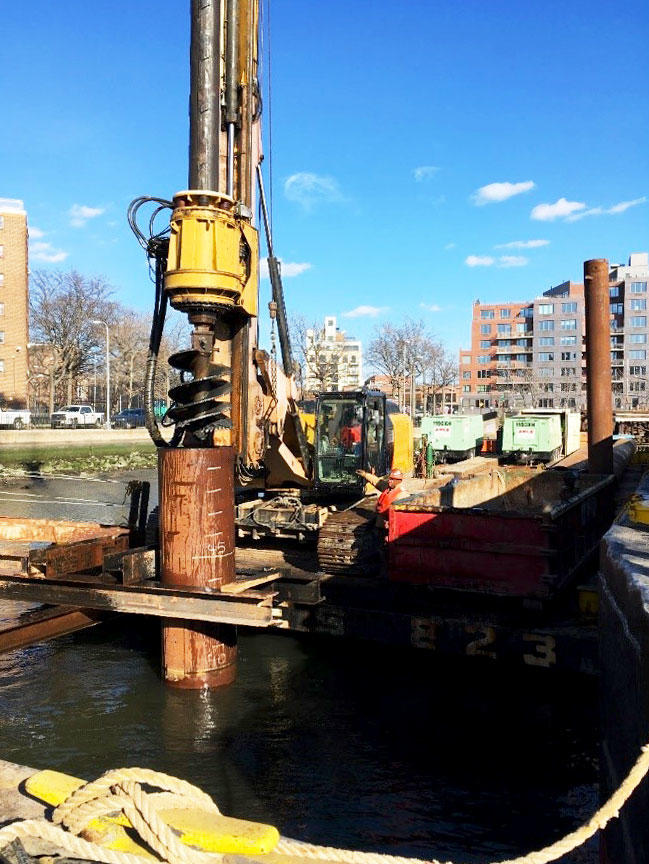 Installing the drilled shafts for the new ferry landing.