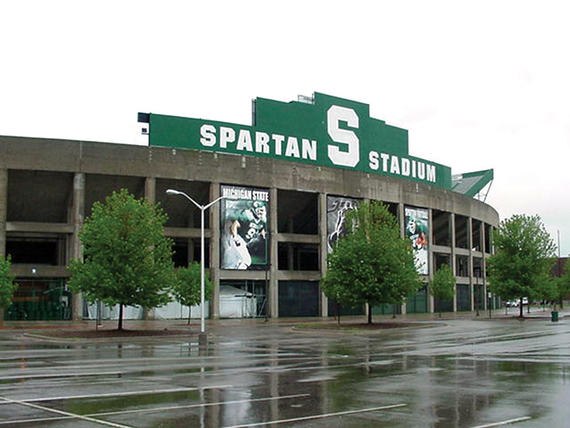 Expansion and renovation of the historic Michigan State Spartan football stadium required foundation underpinning. Limited information about the existing foundation complicated the design of the solution. The expansion of Michigan State University's (MSU) Spartan Stadium includes the construction of new skyboxes, press boxes, elevators, and access ramps. Most of the new, 10-story structure is supported on drilled shaft foundations located just west of the existing stadium; however, some of the new load from these improvements will be transferred to existing columns and footings. MSU's consultants determined that the existing footings were too small to carry the additional load and that foundation modifications would be necessary.

The original Spartan Stadium was constructed in the 1920s with a major expansion in 1956. The existing columns are supported on two rectangular spread footings (1956 construction) which straddle the original square footings (1920s construction). These two footings act independently, with the entire new load from the 2004 expansion being carried by the 1956 footings.

It is always difficult and challenging to add new loads to an existing structure. The Spartan Stadium project presented some very significant problems for the entire design/build team. Interference from existing interior walls, overhead beams, underground facilities, and a complicated existing foundation system created a unique and difficult foundation problem.

The shallow footings at Spartan Stadium are supported on 20 to 30 feet of loose to dense sand. Stiff clay exists beneath the sand, followed by shale bedrock at approximately 40 feet.

Micropiles were chosen to structurally support the existing footings and to transfer the new loads to bedrock. Micropiles can be designed to fit into very narrow spaces, locations where overhead clearance is as little as six feet and where vibrations, such as those produced from traditional pile driving equipment, can damage the existing structure. The Spartan Stadium expansion presented all of these challenges.

The majority of the column footings that required reinforcement were located between the 30- and 70-yard line along the west wall of the ground level of the west grandstand. This area is occupied by large restrooms, first aid stations, training rooms, and offices. In order to minimize demolition of many of the existing walls, Keller redesigned the Micropile system from a drilled element to a Jacked Pier with a design load of 50 kips. Jacked Piers can be arranged in a tight pattern on an existing footing. All of the new piles could be located in line with the existing grade beam and column. This change completely eliminated the need for demolition of existing walls, thus saving several hundred thousand dollars in demolition and reconstruction costs, as well as shortening the schedule by 4 to 5 weeks.

The Jacked Piers solution provided exceptional results under challenging conditions. Clearance issues were not a problem for installation and the hydraulic pile driving did not introduce damaging vibrations. The ability of Jacked Piers to be arranged in a tight pattern on an existing footing reduced demolition requirements. Capable of carrying more than twice the design load, the Jacked Piers have more than enough capacity to support a full house of Spartan fans. 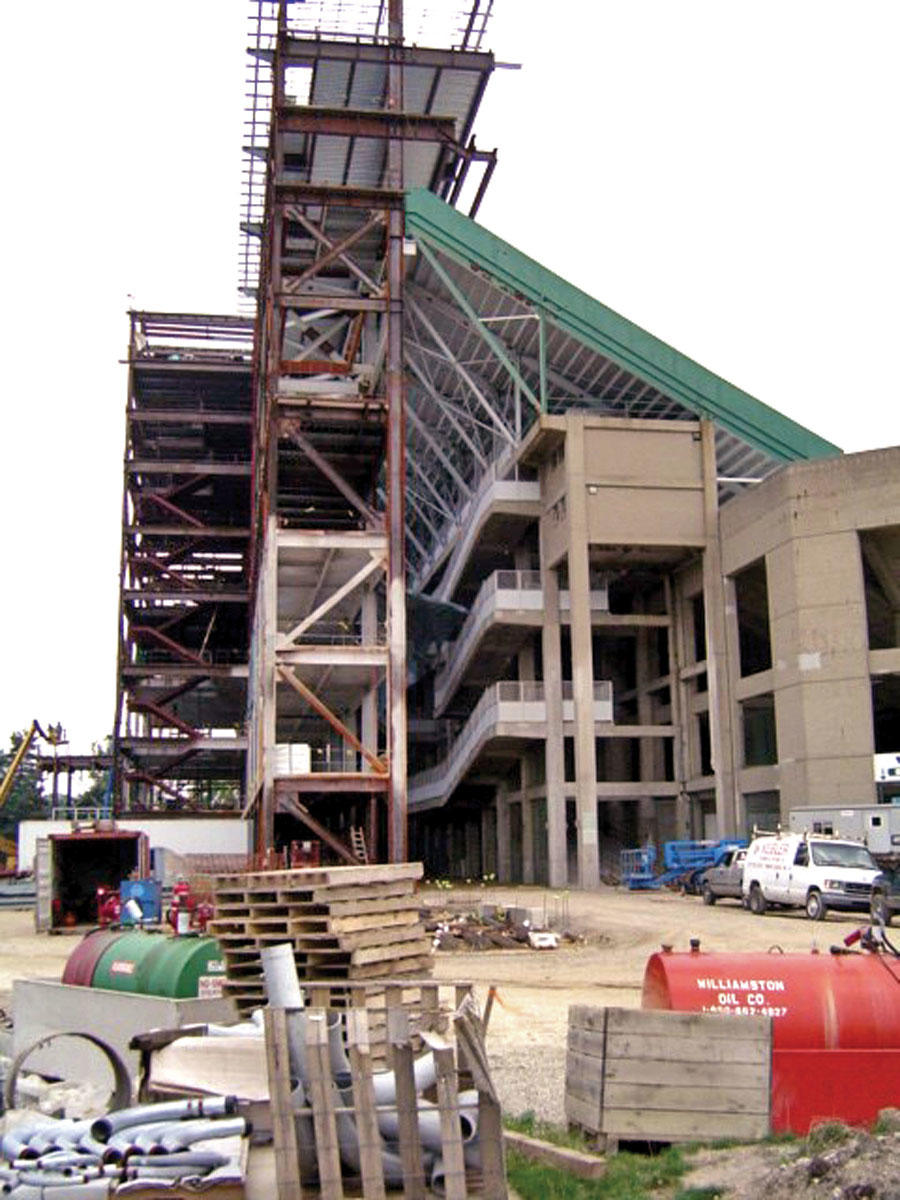 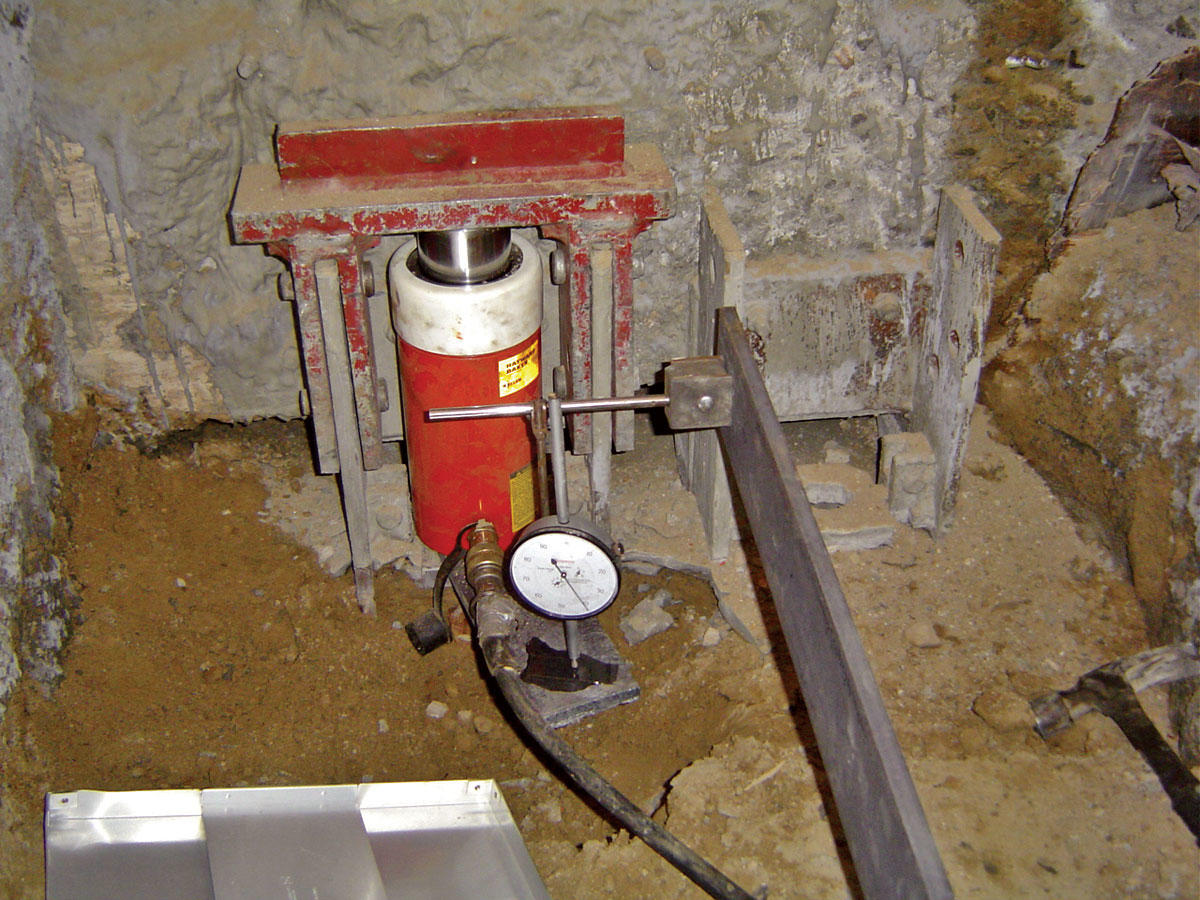 Load test of a jacked pier.