Despite access challenges in the variable terrain and drilling depths greater than expected due to peaks and valleys in the rock, Keller completed work three weeks ahead of American Bridge’s anticipated schedule. 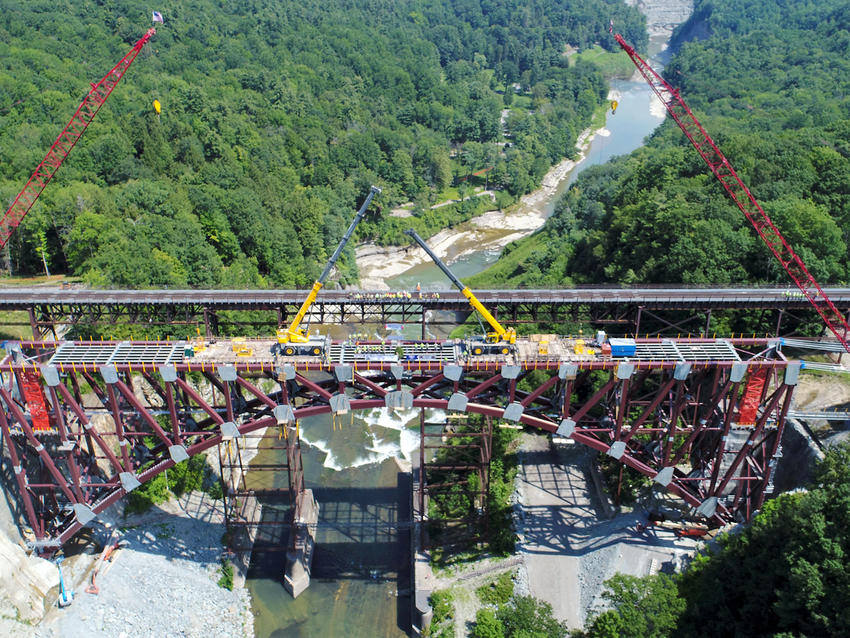 An aerial view of the old bridge and the new bridge crossing the Genesee River.

The new bridge crosses the Genesee River within Letchworth State Park and is just 75 ft south of the old bridge, which was required to remain open during the work. The steeply sloping terrain supports a variety of wildlife, including nesting bald eagles sensitive to disturbance; therefore, noise and construction hours were limited. Other challenges included accessing work areas with equipment in the variable terrain and multiple unanticipated changes to top-of-rock elevations.

Keller designed and installed a temporary soldier pile and lagging wall to support the existing railway during construction of the new bridge and 12-in.-diameter rock-socketed micropiles, each with a 118.5-ton capacity, for the new bridge foundations. Of the 212 micropiles installed, 86 were battered to carry the lateral loads. Prior to production work, six axial load tests were performed (one at each foundation) with a lateral load test at each pier. Two Deadman anchor blocks each consisting of 24, 240-kip capacity rock-socketed tieback anchors were installed at each abutment to support the arches during bridge assembly. 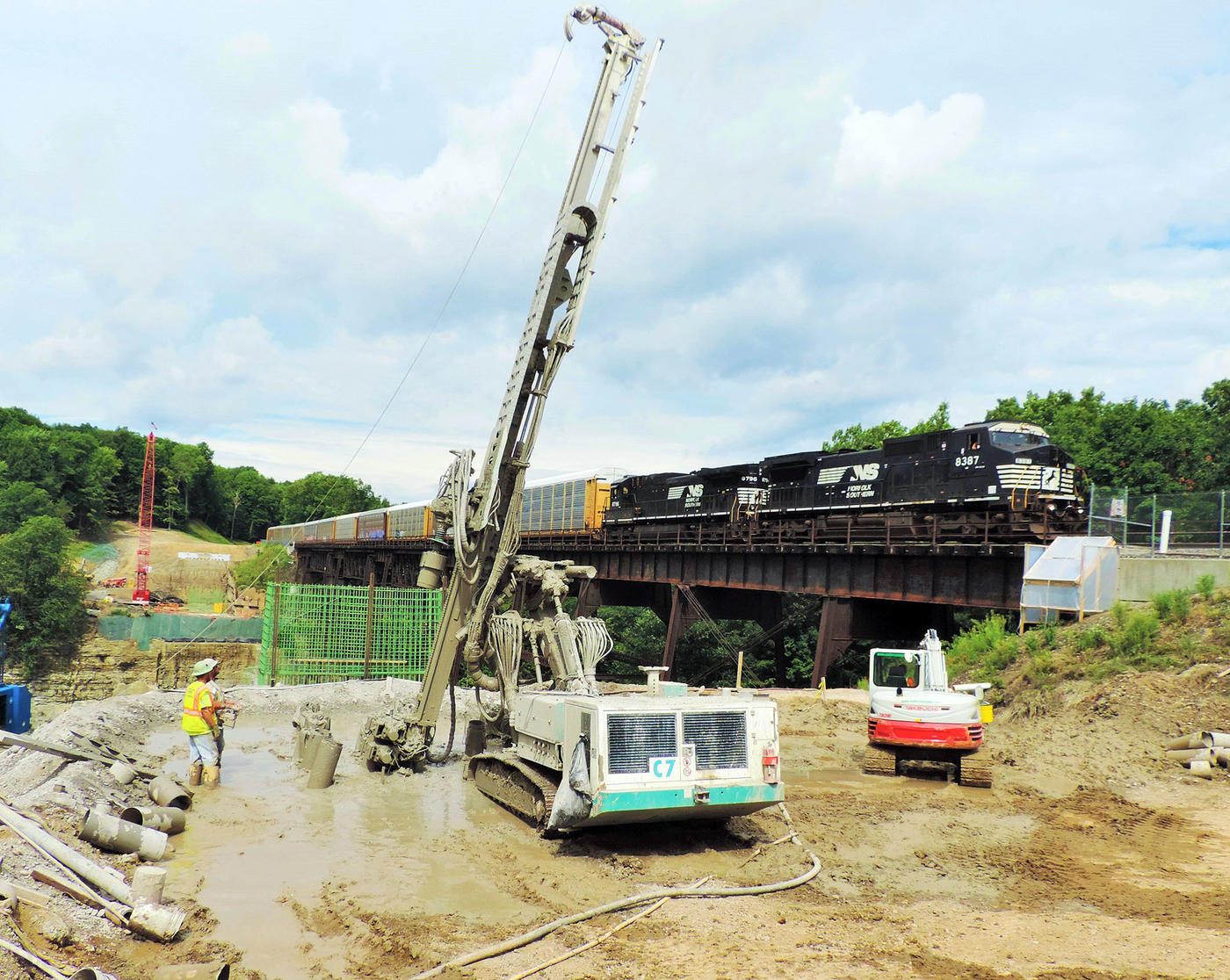 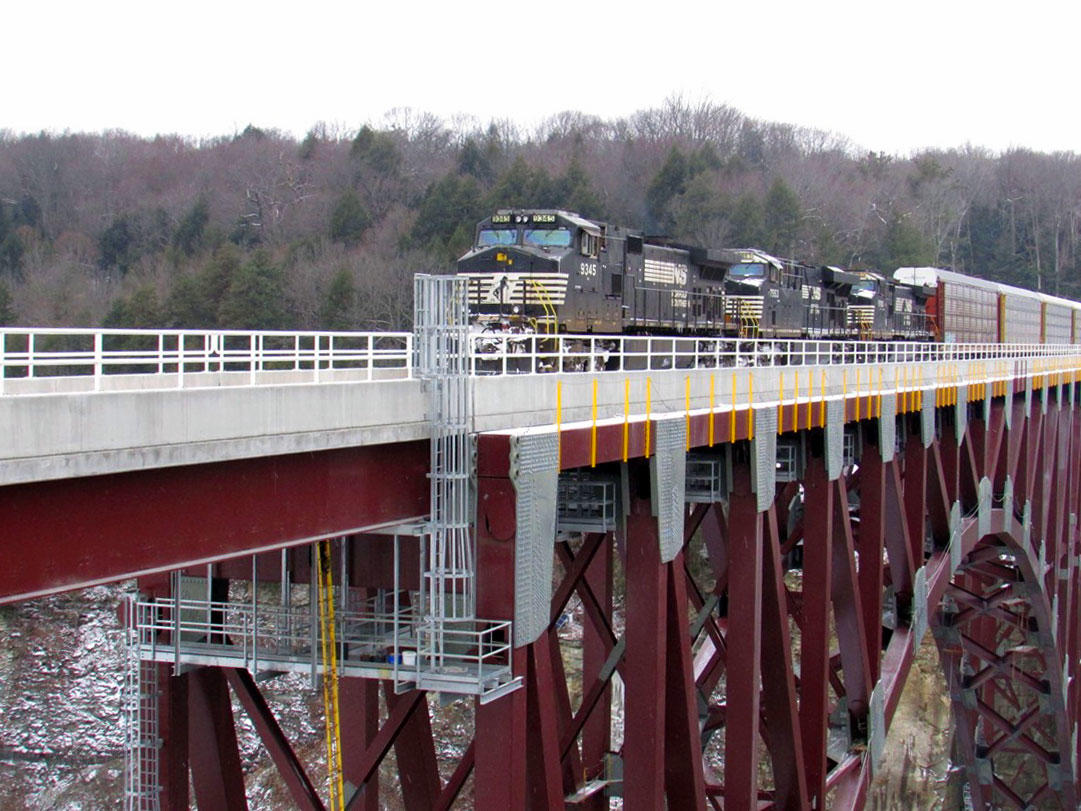 The completed new Portageville Bridge with a train crossing.