One St. Petersburg is a 41-story luxury condominium tower and 13-story Hyatt hotel separated by an 8-story parking garage situated about a block inboard of the waterfront overlooking Tampa Bay. The tower is the tallest structure in downtown St. Petersburg. 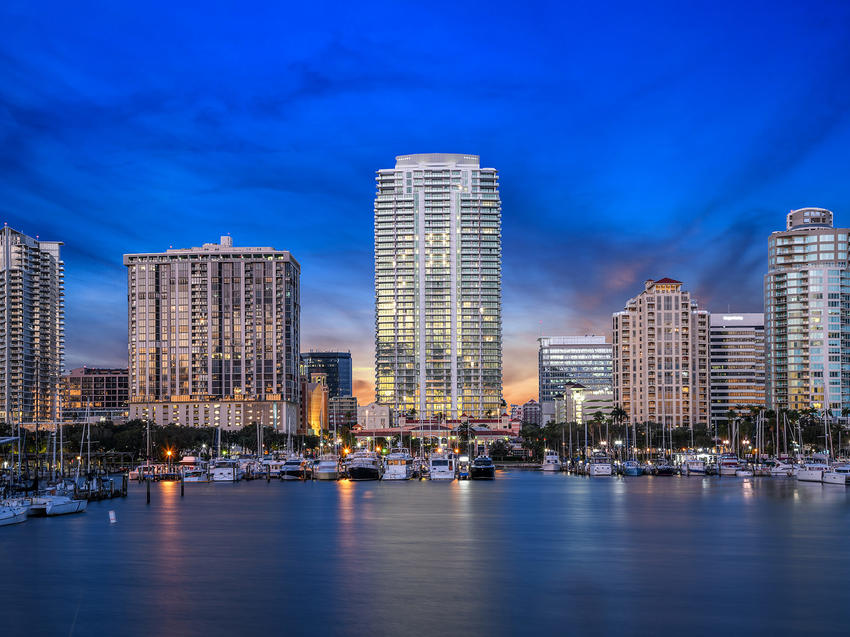 The complex was designed to be founded on temporarily-cased drilled shafts, ranging in diameter from 24-in. to 66-in depending on structural loading. The shafts were installed beneath columns, shear walls, and large tower elevator pits, with the vast majority of the shafts extending through the sands and clay and socketing into the underlying rock at depths of up to 146 ft below working grade. Depth of rock socket was predicated on the individual column load. A small number of more lightly loaded piles were designed to terminate in the clay stratum.

Several challenges needed to be addressed:

To meet the aggressive construction schedule and abide by local ordinances, Keller mobilized and crewed up three drill spreads and two cranes. Bi-directional load tests were conducted on two production shafts to measure the capacity of the side shear. Thermal Integrity Profiling (TIP) was used to verify shaft quality. One load test was conducted in the initial hotel area and one in the garage area.

A total of 192 production shafts in six different diameters were installed for the project, with each shaft customized to the specific load requirement at that location. The casing was advanced through the 60 ft of sand under natural slurry and seated into the stiff clay layer at sufficient depth to ensure a complete seal. Shafts were then open-hole drilled under natural slurry to design depth. Full-length reinforcing cages were placed, and concrete was tremie-poured, displacing the slurry. The temporary casing was then withdrawn. The displaced slurry from the concreting process was pumped into holding tanks and reused to drill other shafts prior to being loaded into tanker trucks for off-site disposal at the completion of the foundation work.

Continual evaluation throughout the project to meet the changes and challenges, the mobilization of multiple rigs and personnel, and heightened attention to safety in the congested site conditions, ensured that the foundation work was completed successfully and on time, in the process establishing Keller as a preferred foundation contractor with the general contractor. 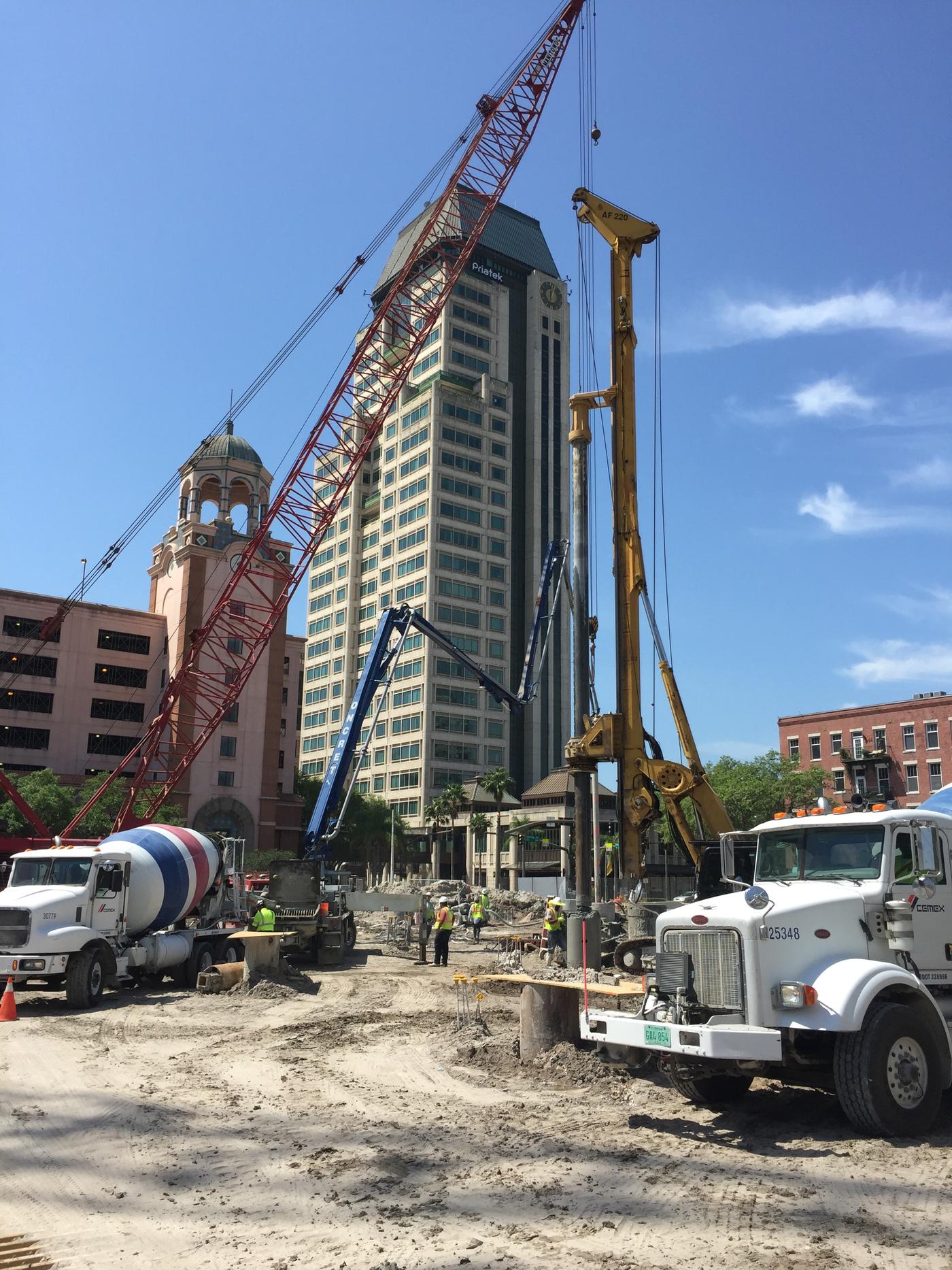 Drilled shafts being installed for the One St. Petersburg tower.