Keller safely installed drilled shafts among other subcontractors and completed the project while allowing the airport to run simultaneously during construction. 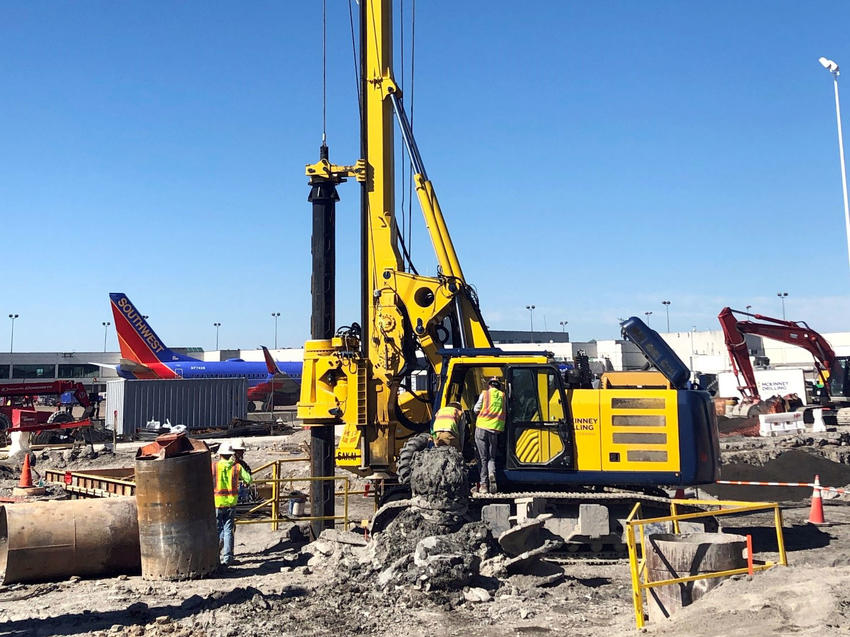 Drilled shafts being installed for the expansion of the Nashville International Airport.

A 115,000 ft2 expansion of Concourse D and a 200,000 ft2 addition to the north and south terminals at Nashville International Airport (BNA) were planned. Initial overburden was a mixture of loose to dense gravel, sand, silty clay, and cobbles. Preliminary borings showed minimal seams and voids within the bedrock while evaluations showed drilling locations were in a low karst susceptibility.

Keller worked alongside other subcontractors on an accelerated schedule at this active airport. Multiple utilities existed within the limits of the drilled shafts. A few shafts required the use of a specialty rig for low headroom capability. Also, the number of hook bars in the smaller-diameter shafts created issues with setting anchor bolts and allowing access for the concrete subcontractor, thus requiring replacement. Keller initially planned to backfill open areas with sand or gravel.

Keller furnished and placed concrete, reinforcing cages, and the layout of the drilled shafts; stockpiled spoils; and installed test holes in the bottom of the shafts. Keller completed three load tests and developed a layout plan that allowed the testing to use the minimal amount of spacing and testing/support piles in a tight area. A BarSplice terminator helped to effectively replace the hook bars. Keller then installed replacements after the grade beams and caps had been dugout. 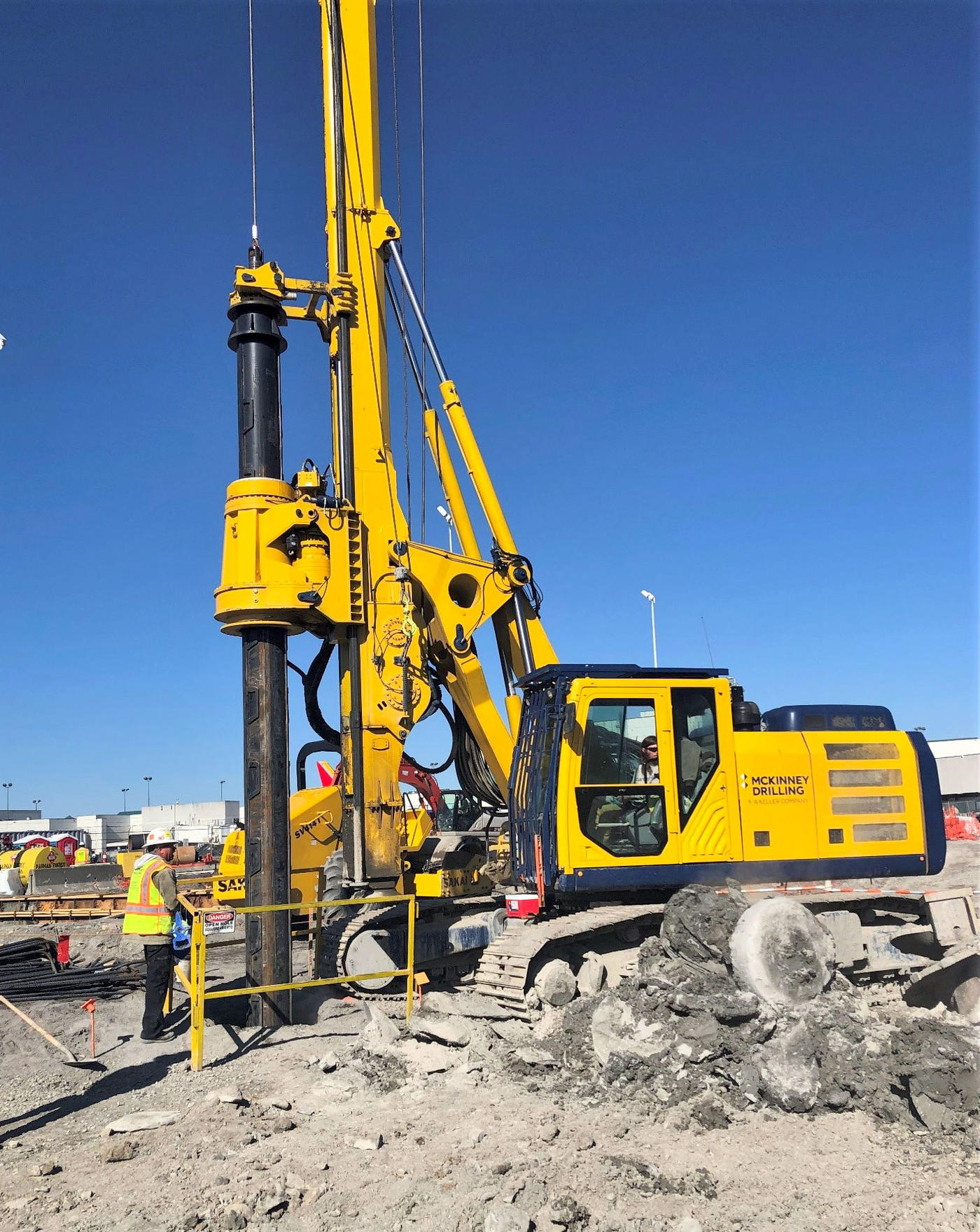 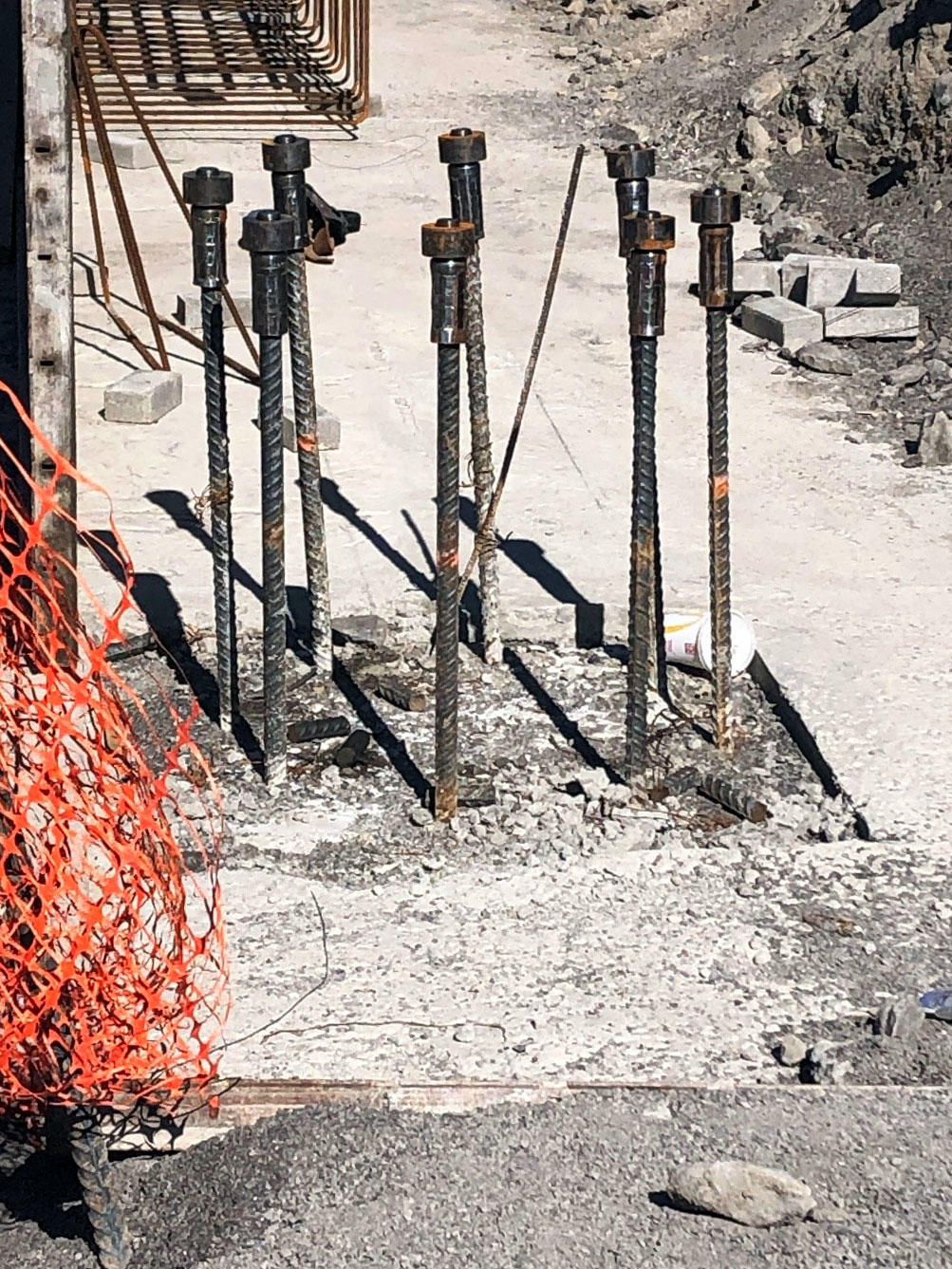