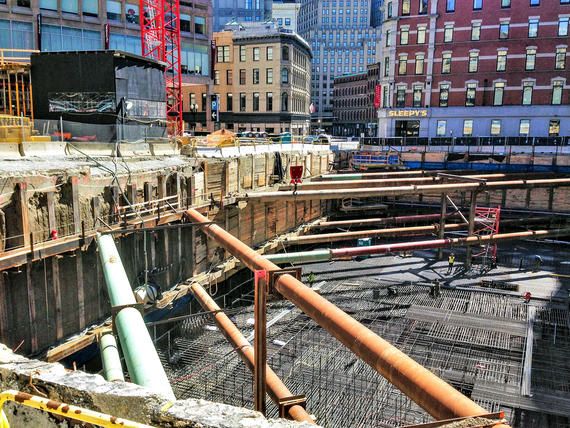 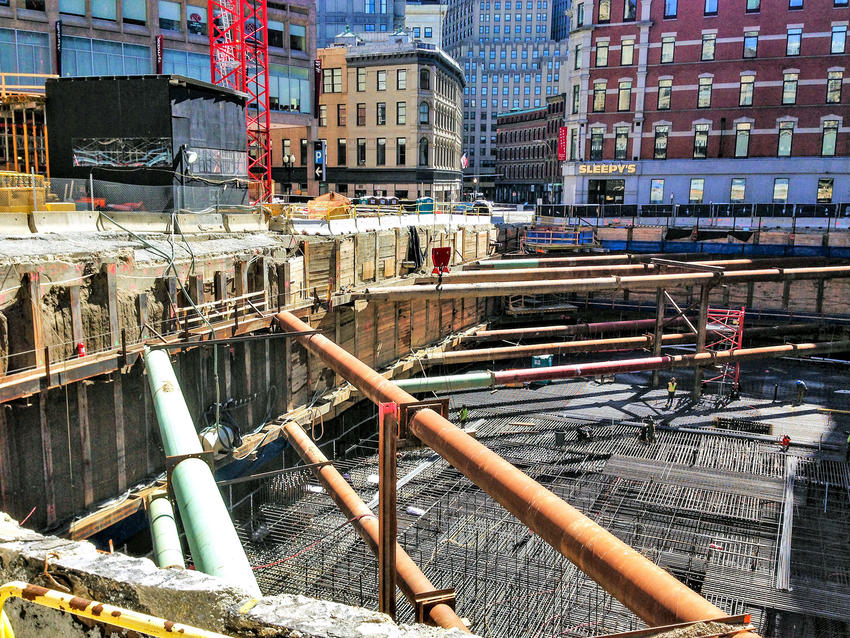 Several engineering and logistics challenges had to be overcome. Subsurface conditions are typical of Boston’s early infilling practices and consist of miscellaneous fill with obstructions, organic silt, and marine clay overlying glacial till. During the excavation for the Millennium Tower basement, which reached depths of 50 ft, the exposed basement wall of the sensitive Burnham Building would function as one side of the required earth retention. Any additional loading imposed on the Burnham Building wall during excavation for Millennium Tower was strictly prohibited. The excavation was also bounded on the northwest side by an active, 100-year-old MBTA subway tunnel. Excavation would extend 16 ft below track level. Minimizing the deformation responses of these two adjacent structures was critical to the design and construction of the earth retention system. In addition, a portion of the site's miscellaneous fill would require mitigation to provide adequate support for the 8-ft-thick tower mat foundation.

Development of the site was originally initiated in 2006 but abandoned due to economic recession. In 2013, Millennium Partners Management took over the project with a new tower design supported on a mat foundation and a stringent construction schedule.

Keller designed a temporary earth retention solution consisting of a hybrid system of secant piles and drilled-in soldier piles and lagging. Given their inherent stiffness and ability to be installed with low vibration techniques, secant piles were selected for the section of the earth retention directly adjacent to the MBTA tracks to minimize movement of this sensitive structure. Low strength flow fill was incorporated into the secant pile earth retention in lieu of concrete to allow subsequent face excavation, thus maximizing every inch of usable underground parking space. Two levels of internal bracing were required due to the depth of excavation and to achieve the specified wall deflection criteria. Bracing consisted of steel wale, cross-lot, and corner braces. Given the moratorium on additional loading on the Burnham Building itself, a relic foundation wall located immediately adjacent to and outside of the perimeter earth retention was incorporated to resolve lateral loads that otherwise would have been imposed.

Since the subsurface conditions were not conducive to conventional large-diameter soil mixing, Keller used smaller tooling to achieve the required ground improvement on a small but critical portion of the site where the native bearing soils had been previously disturbed below the bottom of the proposed mat foundation. Work was carefully sequenced with ongoing earth retention installation, excavation, and obstruction removal.

During the earth retention and excavation activities, Keller also installed 150-ton micropiles to support the tower crane foundation. The approximately 100-ft-long micropiles extended through the fill materials into the underlying bedrock. Micropile work was accomplished at night to limit the disruption to the project schedule. An aerial view of the Millennium Tower jobsite. Photo courtesy of Suffolk Construction. 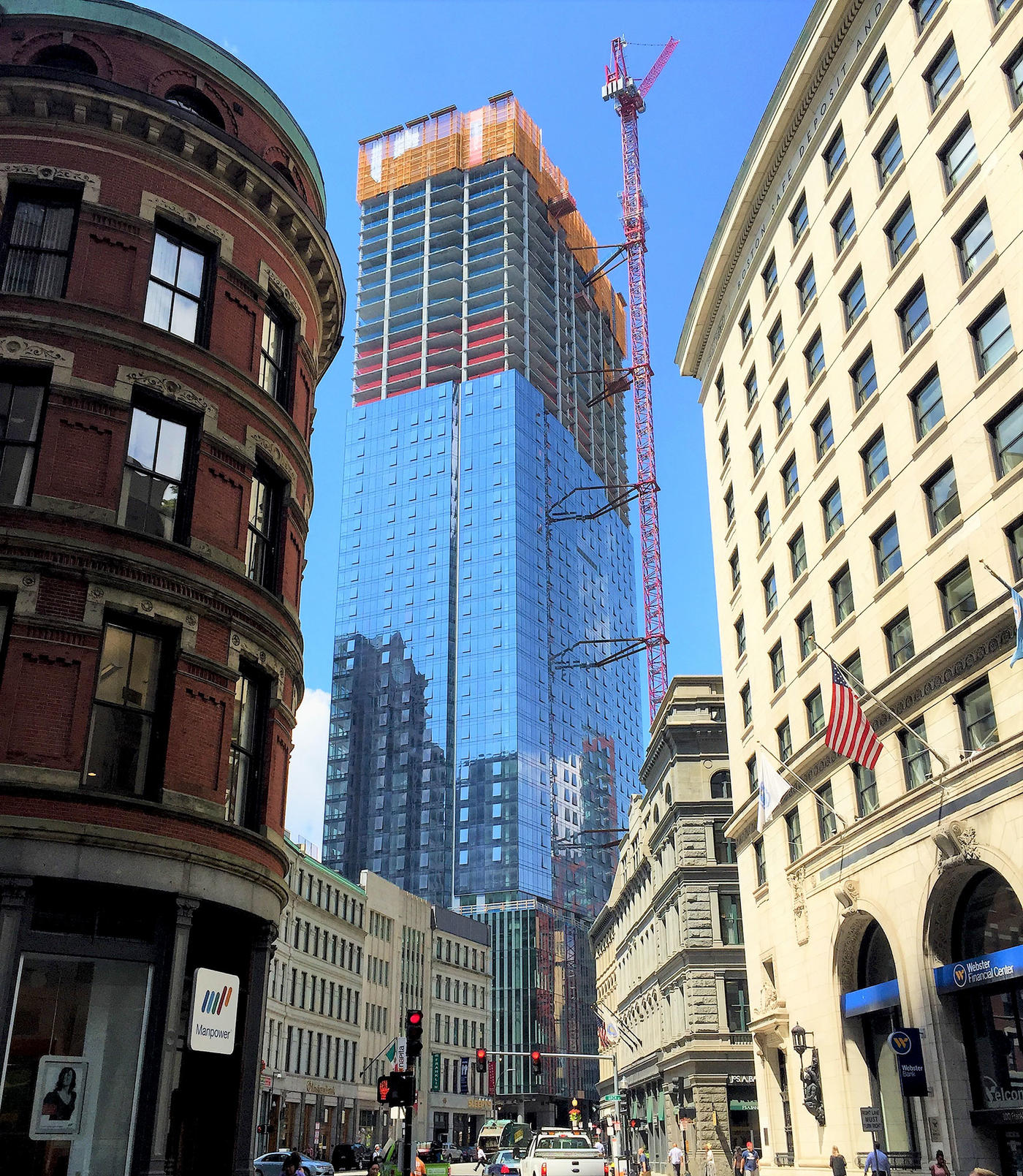 The construction of Millennium Tower.