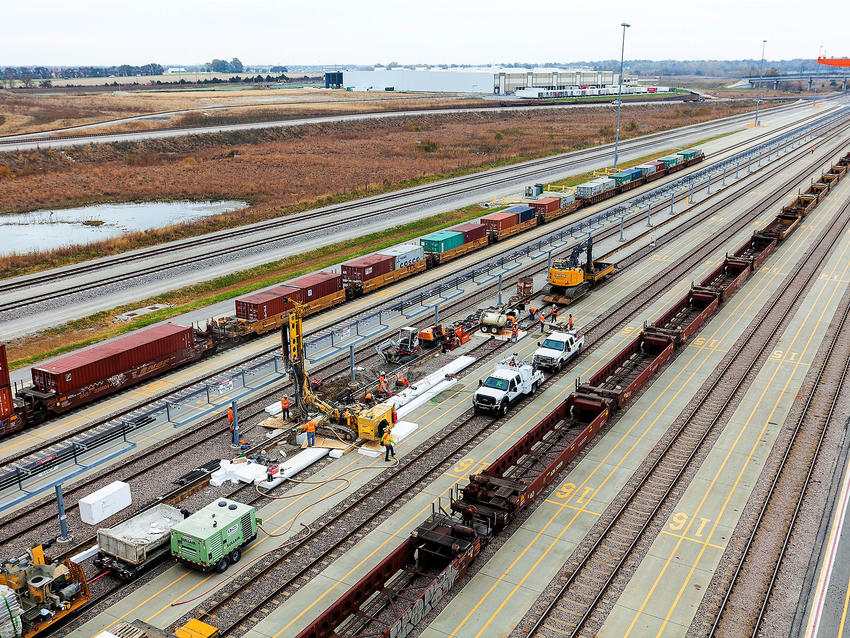 An aerial view of micropiles being installed.

Logistics Park Kansas City (LPKC) Intermodal Facility is an inland port where shipping containers are transferred between rail cars and trucks via a series of rail-mounted gantry cranes. The foundation for the gantry crane, which was supported on improved ground installed by another contractor, experienced settlement. Repairs were needed in three expansion joints of the crane rails.

As the cranes rolled over the expansion joints, the load created a pumping effect, pushing water and mud from under the foundation. This created voids under the footing, causing the crane rail and footing to experience permanent settlement and dynamic movement. The settlement exceeded the tolerances from the crane manufacturer, which could ultimately result in the facility being shut down. BNSF required an effective solution within a tight window of time.

Keller provided a design and mobilized quickly, working around the clock to install a series of permanently cased rock-socketed micropiles at the expansion joints to transfer footing loads into the rock below. A heavily-reinforced concrete pile cap connected the micropile to the existing foundation to complete the load transfer. Keller then jacked the rail foundation back to its original elevation. The entire operation was completed over 72 hours, allowing the crane to be put back into service without delay. 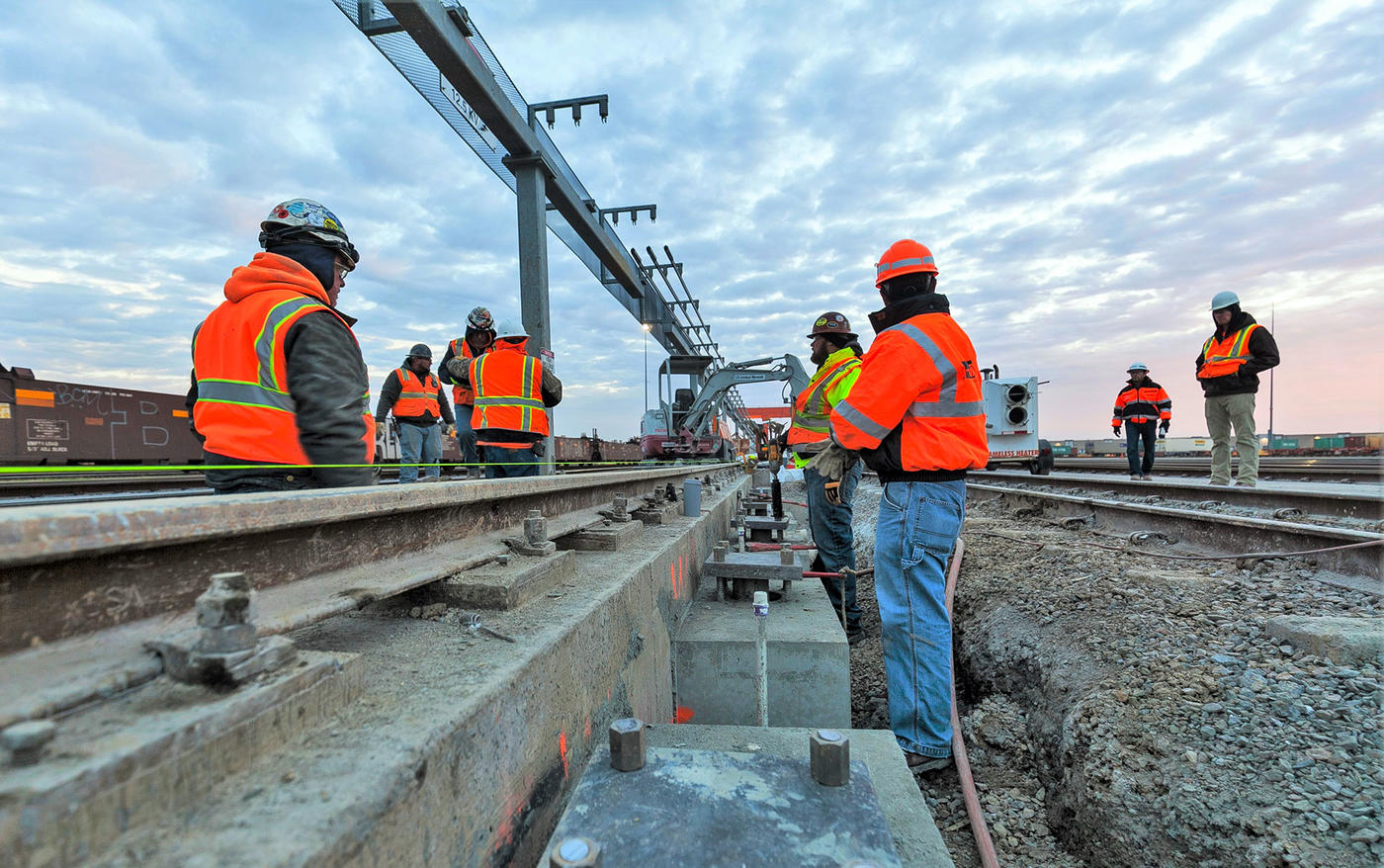 Moving the micropile rig along the track. 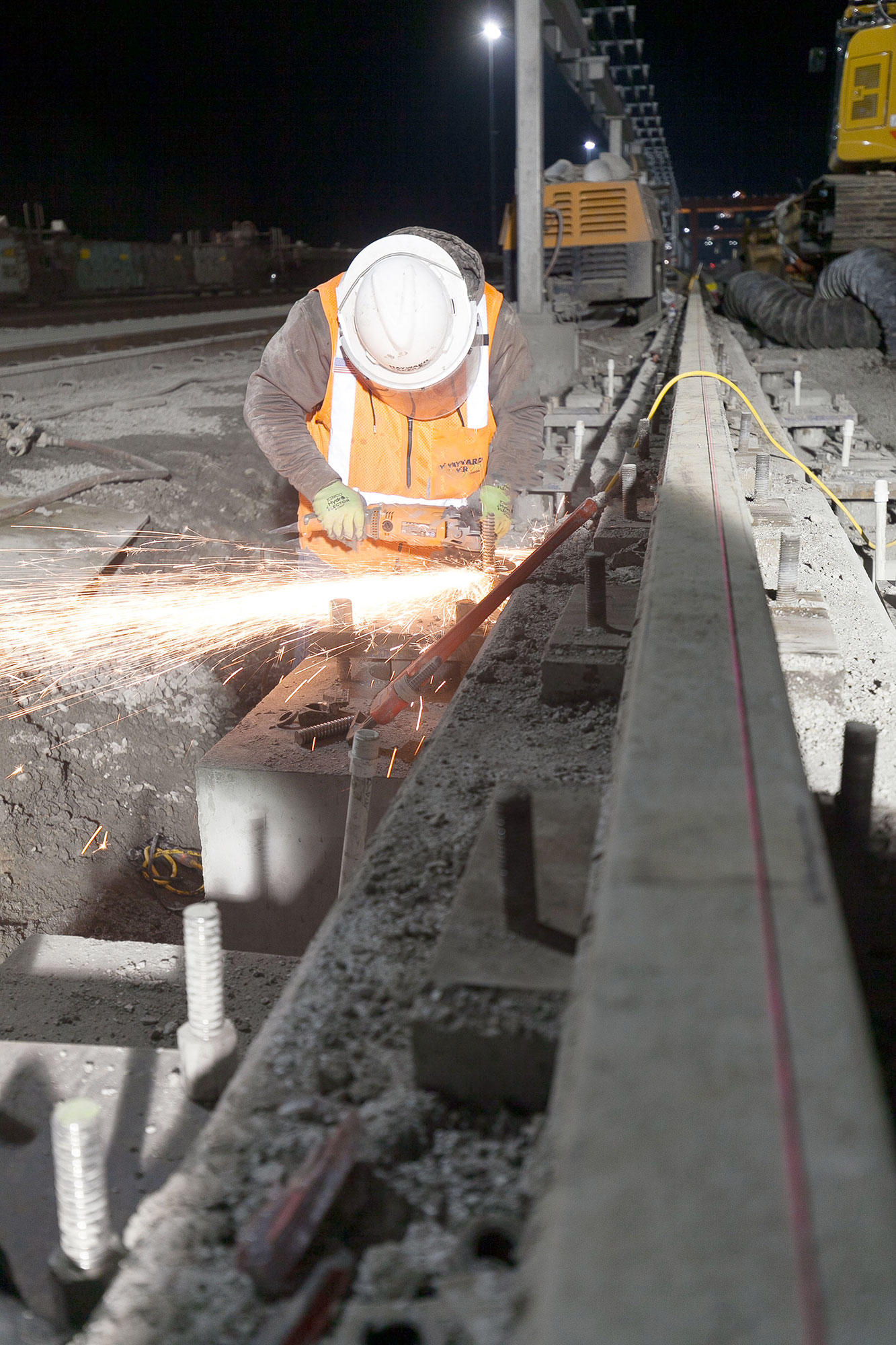 Finishing up the load transfer. 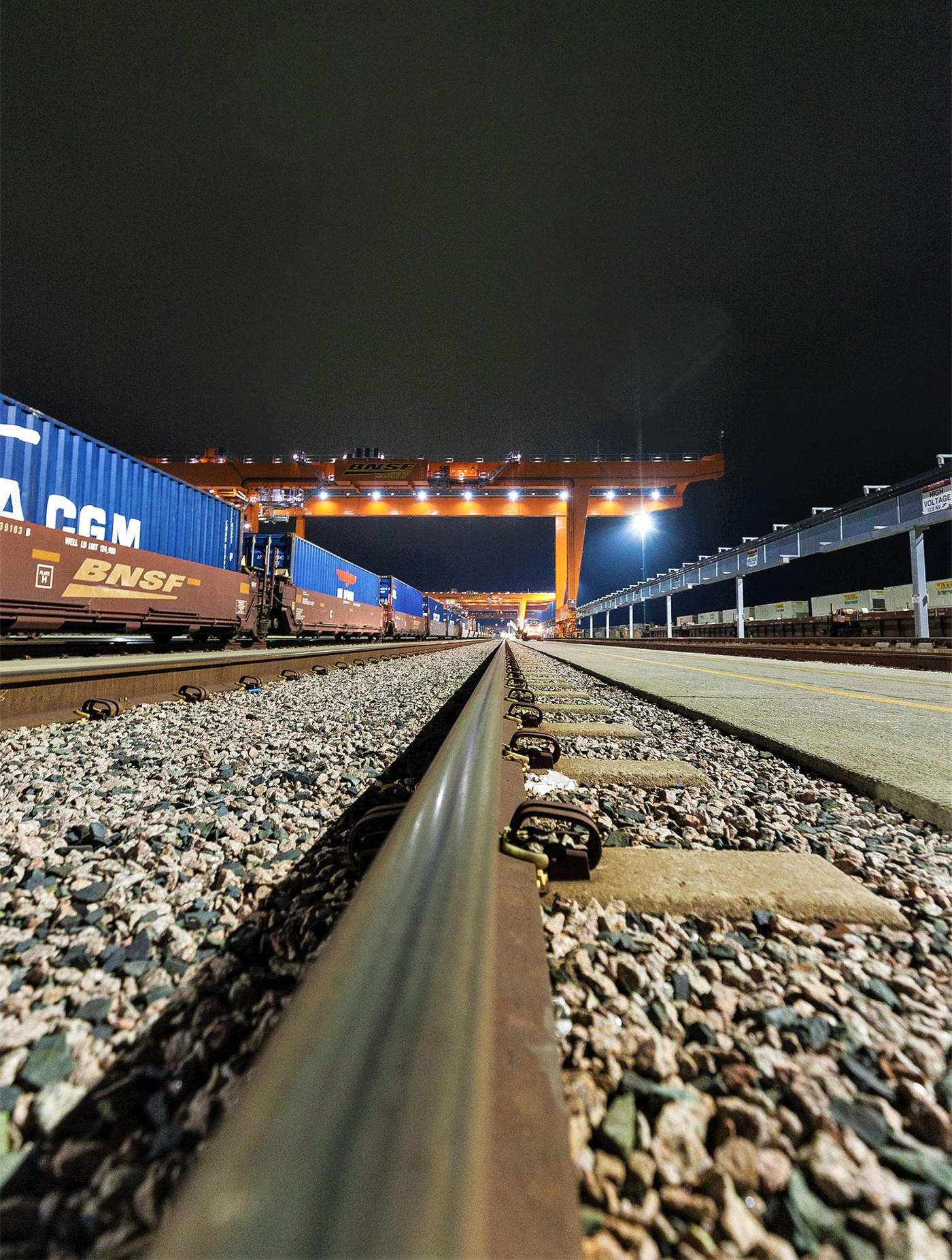 View of the BNSF tracks at night.