The Lexington Landslide required quick action and flexibility to save the luxury apartment complexes at the bottom of the slide from destruction. 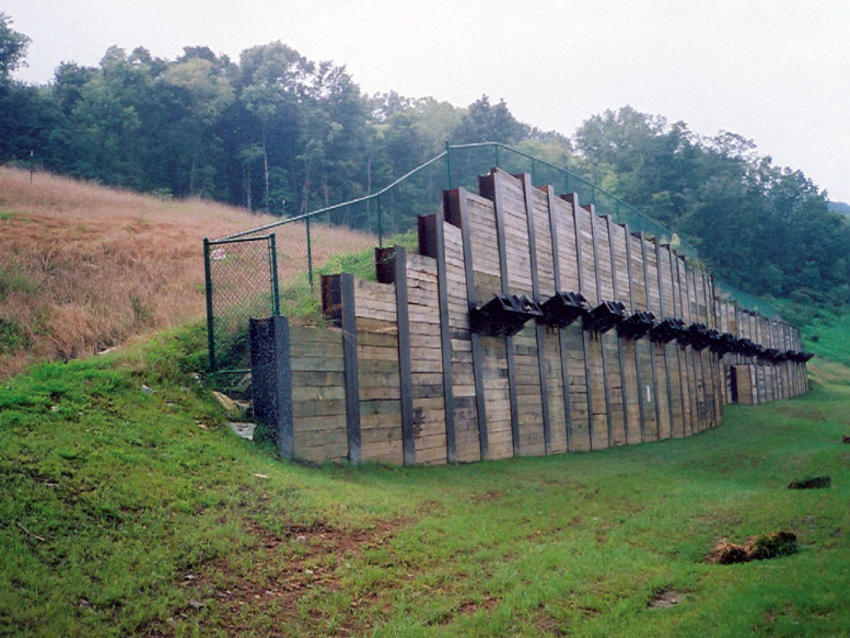 Anchor blocks have been buried to blend the retention system with the natural landscape.

A steep hillside behind three newly constructed apartment buildings in Nashville began to show evidence of movement, resulting in the immediate evacuation and relocation of the residents from 72 units.

A geotechnical review identified approximately 6 acres of hillside engaged in an active landslide with less than 25 feet of clearance between the moving slope and the apartment buildings. Visual observation of the slope, topographic maps, and aerial photos revealed historical evidence of slide activity. Instrumentation recorded movements up to 35 feet deep; and surveys confirmed the scarp occurred at least 450 feet up the slope, crossing well over the property line.

Keller worked with the owner’s engineer to design a permanent repair scheme that included an initial installation of a soldier pile and lagging wall at the toe of the slope, augmented by two rows of anchor blocks farther up the slope. Subsurface drains installed within the slope intercepted groundwater, and shallow ditches redirected surface water.

About a month after detection of the slide, a week of heavy rainfall caused the slide to rapidly accelerate and push against the apartments, forcing the decision to mobilize immediately. Meanwhile, extensive flooding of the ground floor units occurred due to the blocked drainage swales. Materials availability and the active landslide influenced the modification of the repair scheme during the work. Anchor block rows were reduced from three to two when the soldier pile and lagging wall were modified to include anchors, and the design was based on the day-to-day changes of the landslide, which was advancing up to 25 feet per day.

After slide material was excavated to protect the buildings, Keller worked between the apartments and the advancing slide to install the 320-foot-long soldier pile and lagging wall. Anchors were then installed through the face of the wall and into the underlying bedrock. Each anchor was 9-strand, with a design capacity of 316 kips, and was bonded into the rock a minimum of 35 feet with 5,000 psi strength grout. Work was performed around the clock for the first two weeks.

Open communication between a good design team, a knowledgeable client, and a leading geotechnical contractor with extensive resources can make dealing with massive landslides a quick and reassuring process.

Following the repairs, a performance monitoring system installed by the engineer showed that slope movement was safely within expected limits. The owner and management representatives were located throughout the world, which led to communication difficulties during the emergency mobilization. This challenge was overcome by the use of an on-site webcam that allowed real-time visual communication between remote designers, project managers, ownership representatives, and investors. 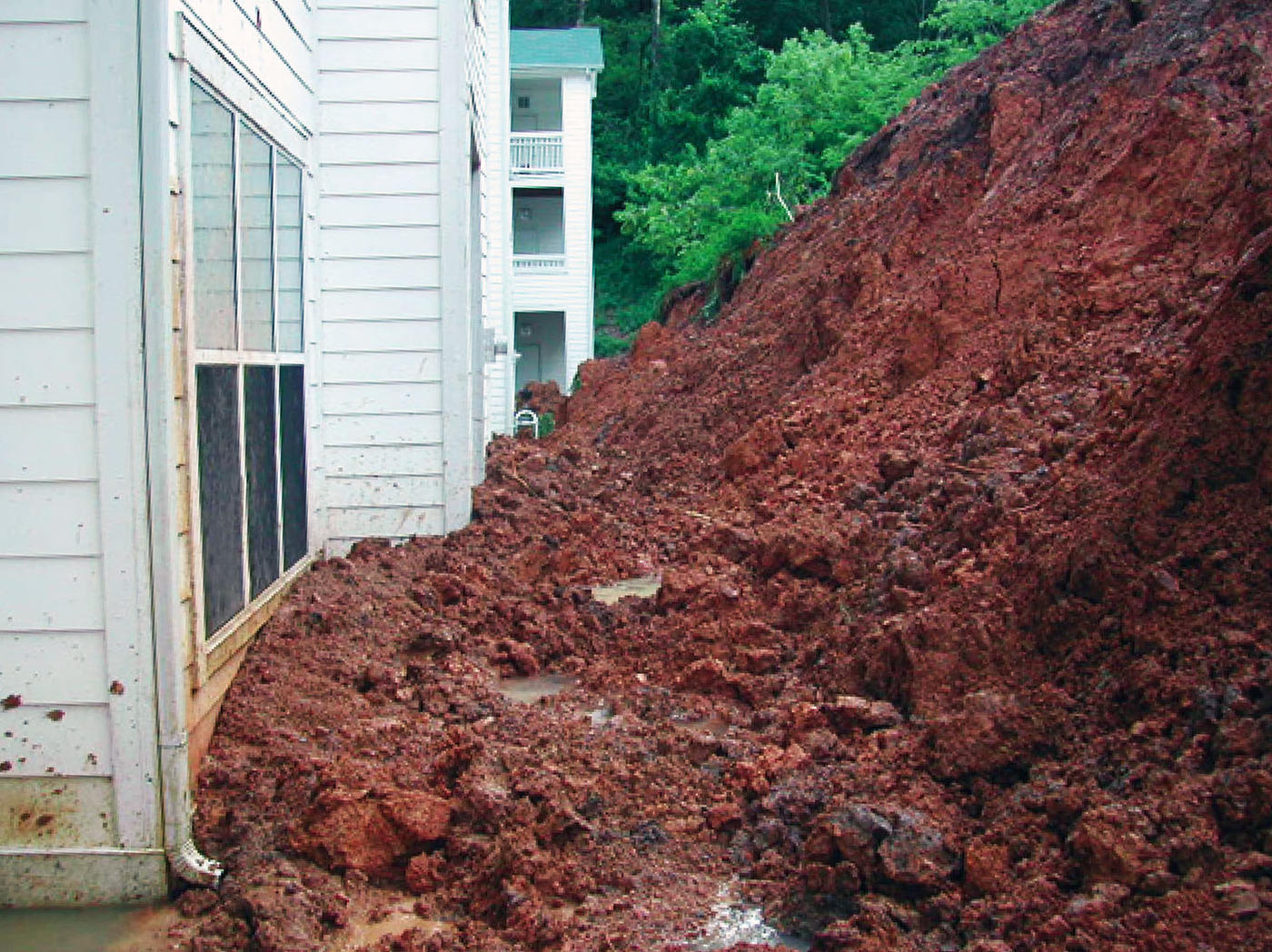 A week of heavy rainfall accelerated the movement of the slide. 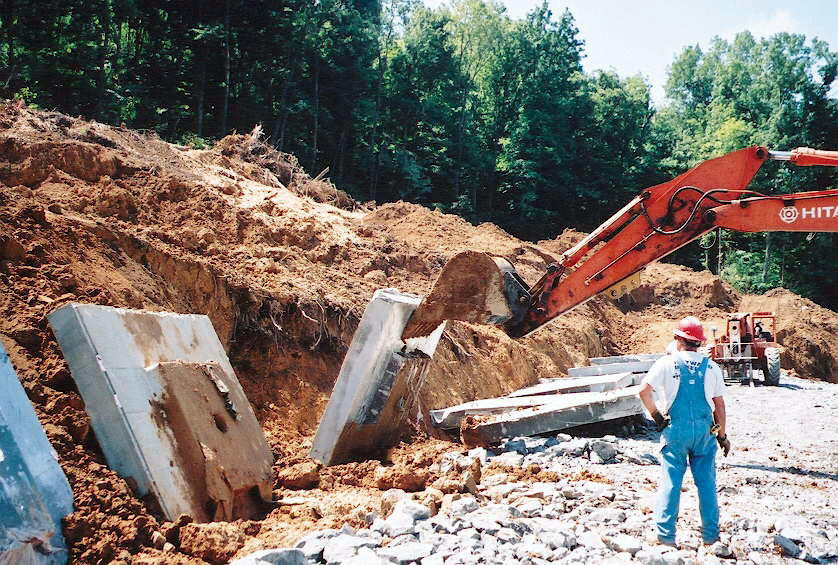 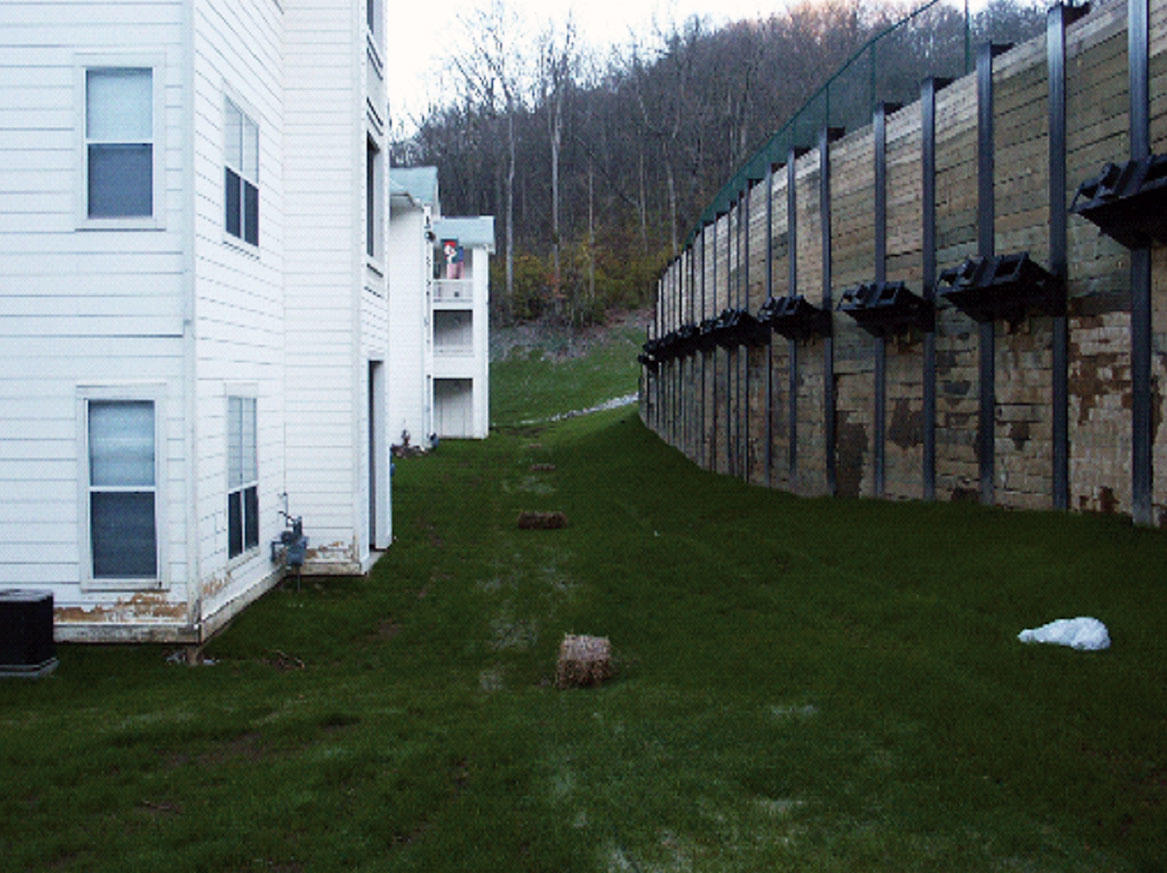 Several months later, the drainage was vastly improved and the slide remained stablilized.