For decades, Honolulu’s original International Marketplace was a thriving open-air hub of small vendors plying their wares on a tract of land just one block from Waikiki beach and watched over by an historic banyan tree more than 150 years old. While the name – and the banyan tree – remain, the present-day International Marketplace is a very different place offering a much more upscale retail, dining and entertainment experience. 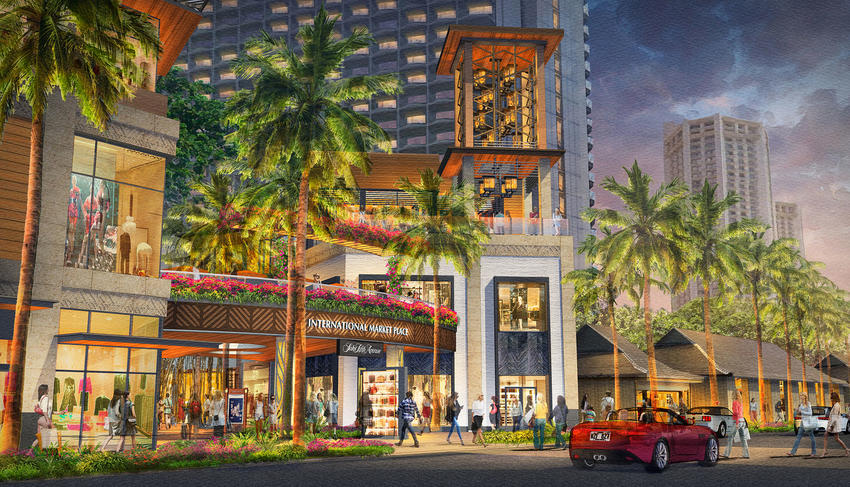 The original International Marketplace closed in 2013 and reopened in 2017 under the ownership of Taubman Centers Inc. of Michigan and Coastwood Capital Group of California. The re-imagined space was planned as a mall structure with a footprint of approximately 345,000 sq. ft (8 acres) and anchored by Saks 5th Avenue and other high-end retailers and restaurants.

During the geotechnical investigation, challenging foundation conditions were revealed in the form of a deep ancient river valley in-filled with more than 180 ft of clayey silt and silty clay lagoonal deposits with N-values of 1-5. Beneath this were several soft coralline layers and various basalt layers. Static groundwater was encountered at 5 ft below the surface. While this subsurface profile dictated deep foundations for the mall structure, several factors played into limiting the available options:

Additionally, accounting for the protection of the iconic banyan tree during the foundation installation process and the possibility of historic Hawaiian burial sites within the work area was required.

Ultimately, Keller’s micropile proposal was accepted based on technical merit, solution value, and ability to meet the stringent schedule. The project structural engineer’s design for the micropiles called for 7.625-in. OD and 5.5-in. OD grade 80 KSI steel pipe and 2-in. OD grade 150 KSI threadbars for a total of 700 piles. Anticipated difficult drilling conditions in the complex subsurface strata dictated the performance of several tension and two full-scale compression loads tests prior to full mobilization. Test program results indicated ultimate bond strength capacities in excess of design requirements. During the project an additional 25 load tests were performed across the site to verify load capacities.

Keller used a proprietary data acquisition system (DAQ) to develop a drilling index for identification and quantification of the denser soils capable of achieving the required design bond stress. This resulted in real-time decisions to extend bond lengths through soft soil pockets where required.

Since ancient burial sites were known to exist near the banyan tree and possibly elsewhere within the work area, each micropile location was investigated for human remains under the direction of a native Hawaiian cultural representative prior to installation. While the majority of the micropiles could be installed in open-headroom conditions, a low-headroom drill was needed beneath the banyan tree. Throughout the production work, the DAQ system provided real-time quality assurance, confirming depth and bond layer consistency.

Key to the overall success of the project was close cooperation by all parties and open communication that ensured performance, safety and quality and throughout the work.

This project was the recipient of the Deep Foundations Institute (DFI) Project of the Year for 2016. 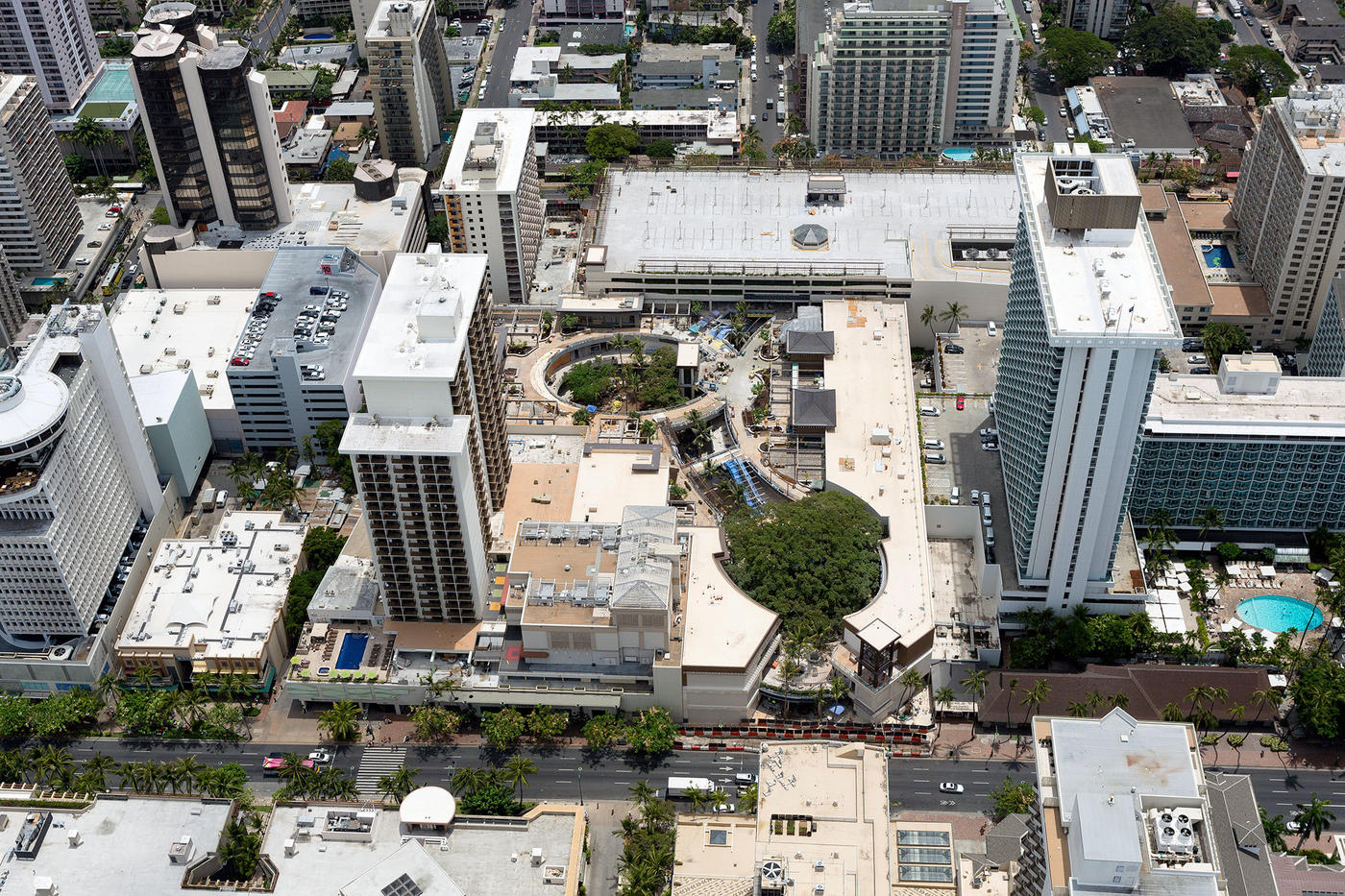 An aerial of the International Marketplace. 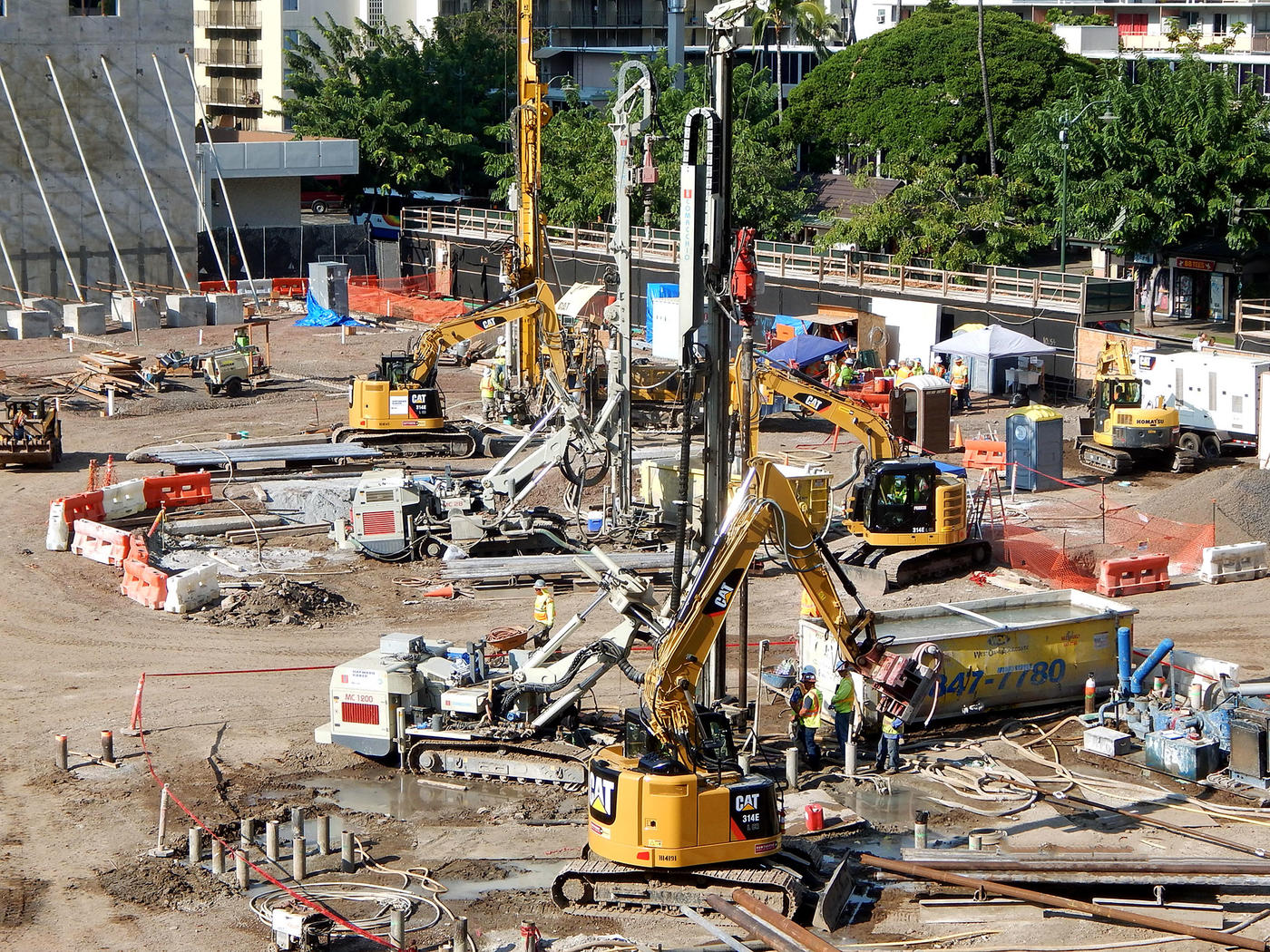 Installing micropiles for the International Marketplace. 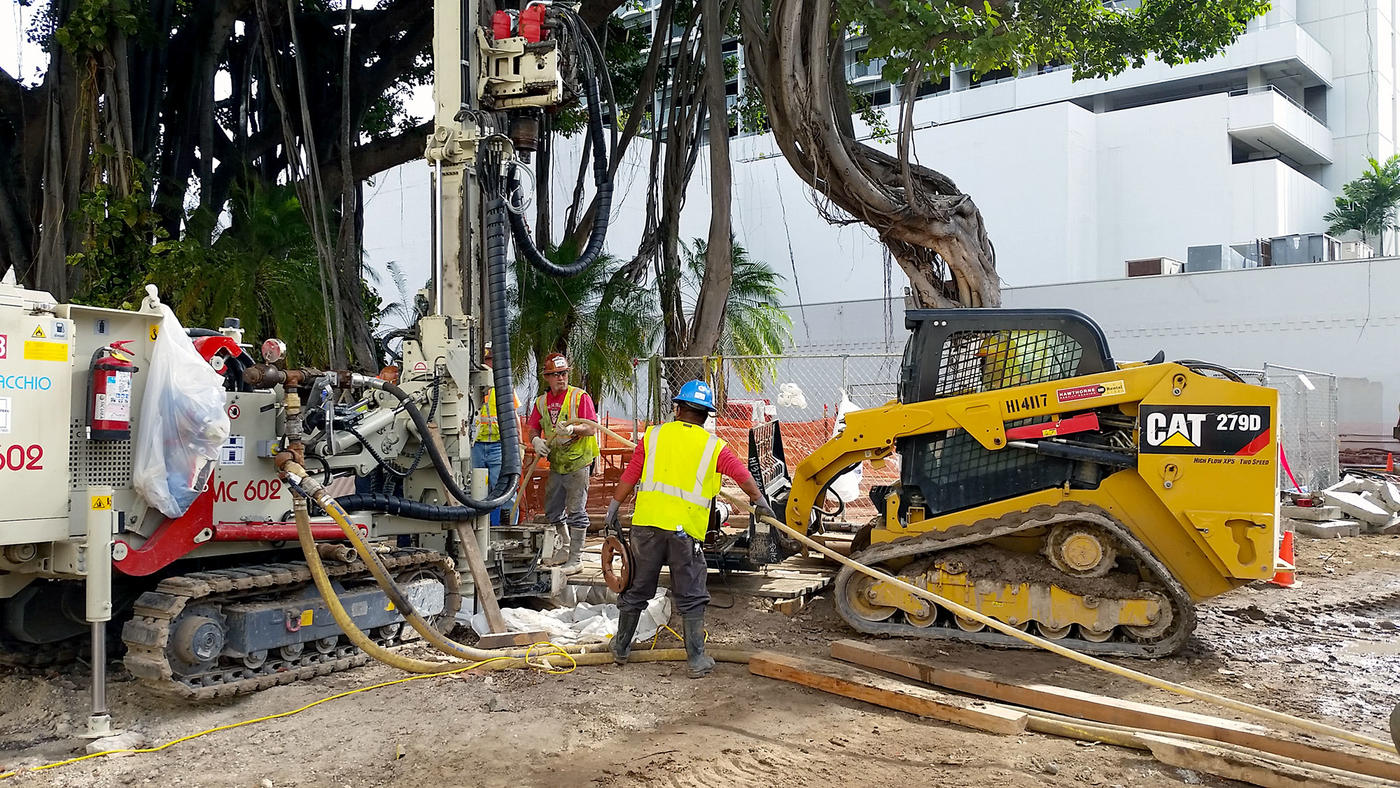 Installing micropiles next to a banyan tree. 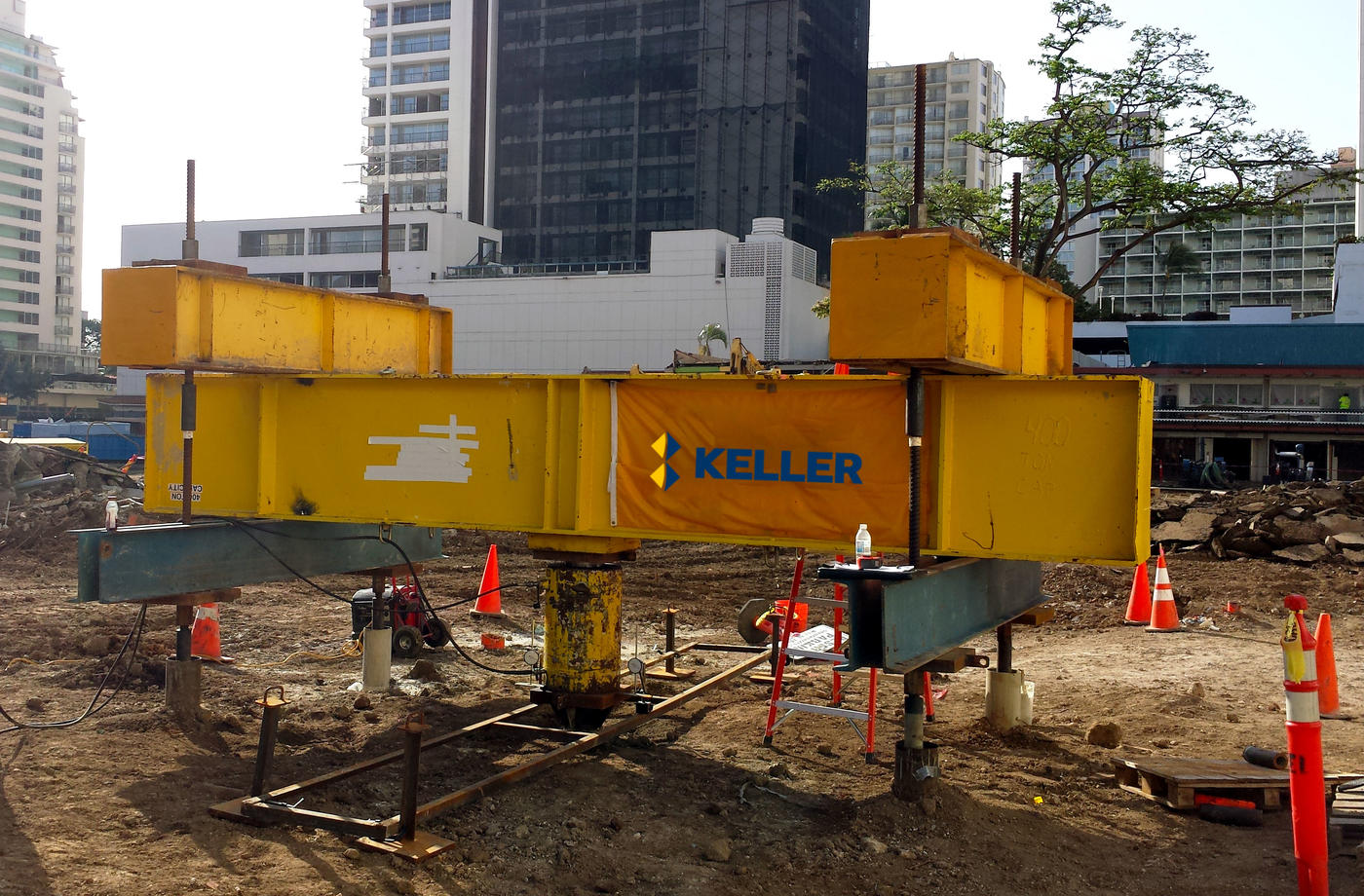