Hackensack University Medical Center (HUMC), is a non-profit, research and teaching hospital and the largest provider of New Jersey’s inpatient and outpatient services. 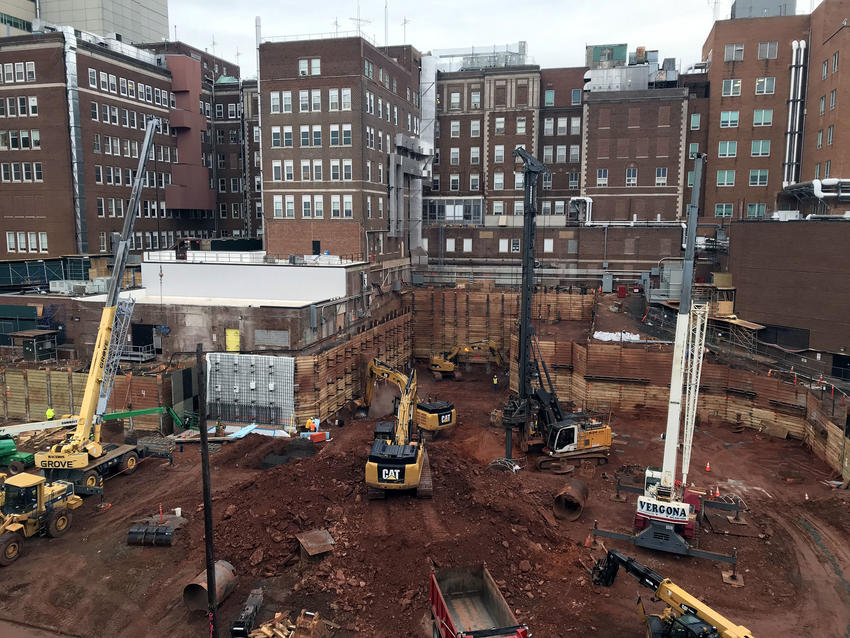 The new, nine-story 2nd Street Pavilion is a 500,000 SF addition that expands the number of private rooms, adds a modern surgery center, and increases ICU capacity.

With space already limited on the steeply sloping campus, the pavilion footprint required a deep excavation immediately adjacent to active facilities ranging in height from 1-6 stories. The new addition would also require large (up to 6,000 kips) axial and lateral (100 kips) foundation loads to be supported on drilled shafts. Additionally, the original contract documents included a conceptual design for an earth retention system, with the portion of the system adjacent to the existing, operational hospital (3-ft off the pile line) shown as a large, cantilevered secant pile wall.

The primary challenge for the owner was to limit the disruption to ongoing patient services, research, and teaching operations during construction of the new, 9-story addition on the steeply sloping site and immediately adjacent to the existing active 6-story hospital building

In addition to the drilled shafts for the new construction, interior areas of the existing hospital building were being retrofitted as part of the overall construction project. Here, micropiles had been specified in lieu of drilled shafts. Keller redesigned the shafts and micropiles, as well as the entire support of the excavation system, to take advantage of smaller equipment and the company’s range of drill tooling. This limited the time spent in switching out equipment for different tasks and allowed the crews to transition seamlessly between work areas while waiting for the required excavation to take place.

Installation of 39 micropiles within the existing hospital building to support column pile caps was facilitated by a coordinated effort by project team members to provide as much headroom and space as possible. The existing floor slab was removed and the underlying soil removed to the bottom of the proposed cap elevation. This yielded an extra 4.5-ft of critical headroom and relieved the main contractor of the need to excavate around the micropiles, which would have been the case if they were installed through the existing slab.

Keller re-designed the entire SOE system to fit the smaller drilling equipment that would be more advantageous to the conditions at the site. Keller’s system consisted of a total of 110 soldier piles (pipe and H-beam), 14,000 SF of timber lagging, 52 strand tieback anchors, and 9 tieback walers. A portion of the system was installed within 3-ft of the active hospital with a maximum supported cut height of approximately 35-ft. Micropile pipe piles were used in the areas where there was a steeper sloping ground surface as micropile rigs are a safer and more versatile solution for these conditions. 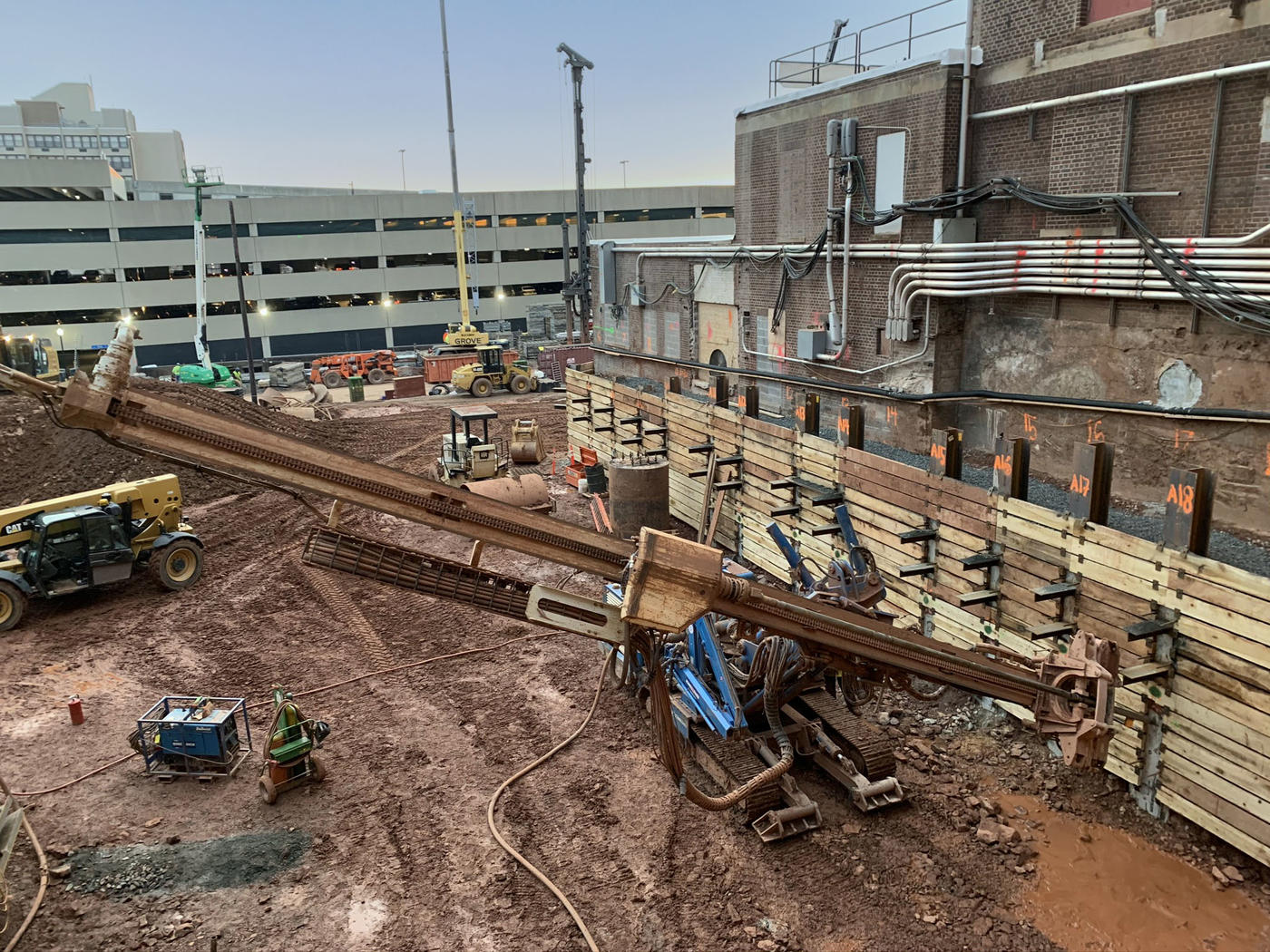 Anchors being installed at HUMC 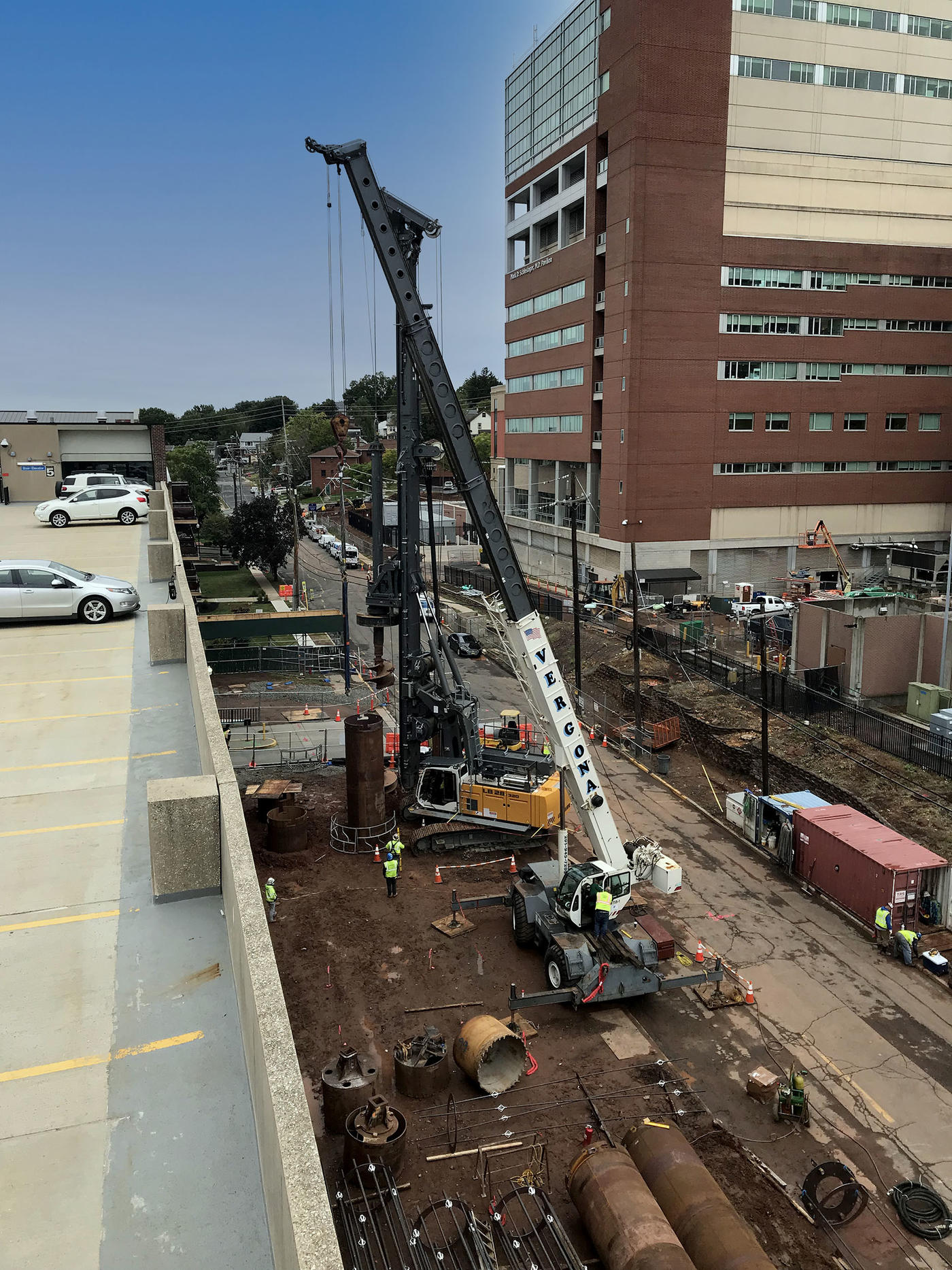 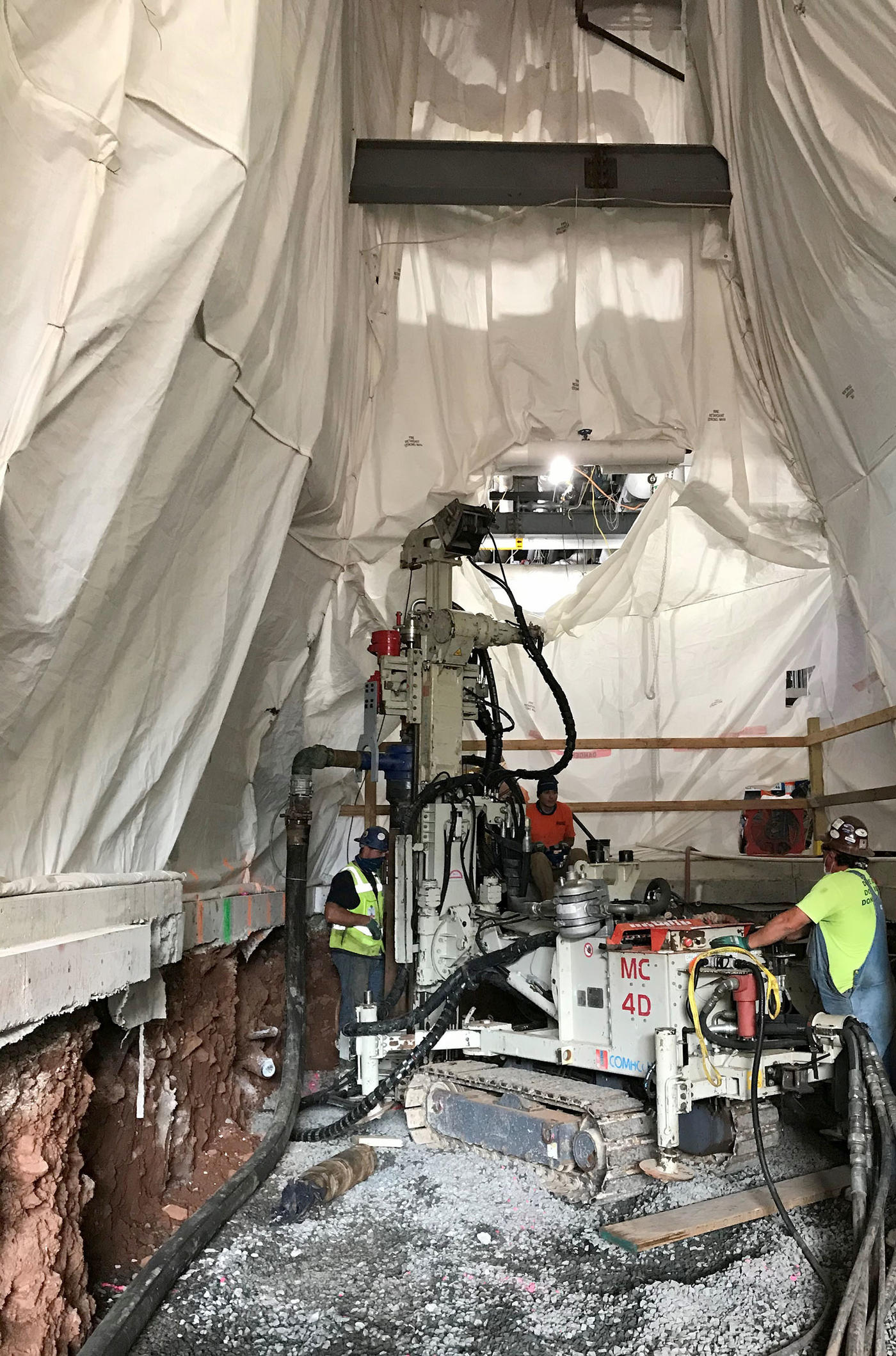 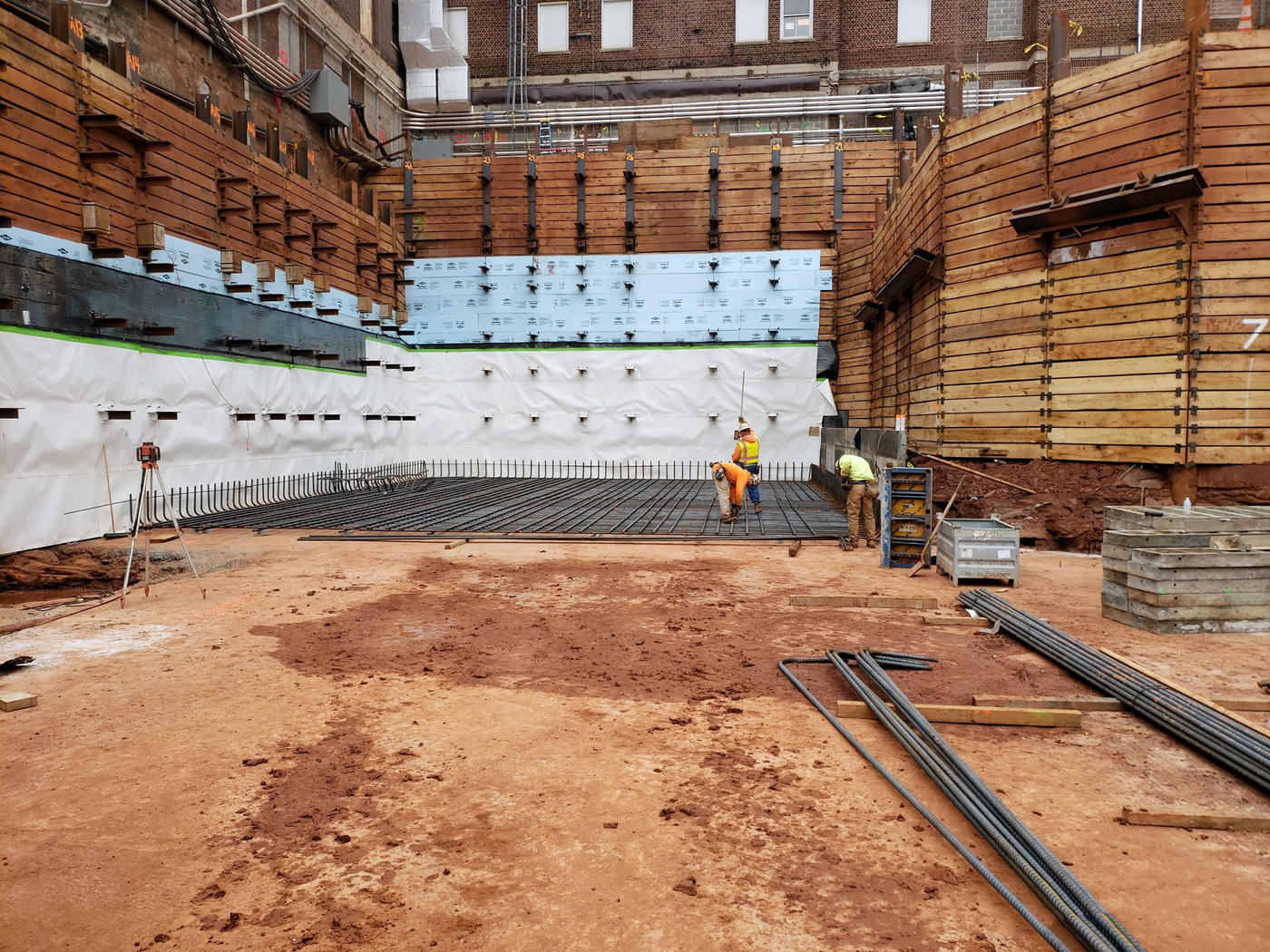 Beginning construction of the pavilion