A new runway was planned on 60 feet of fill, overlying swamp-like soils at the Fort Lauderdale-Hollywood Airport. Ground improvement was used to meet the requirements of the Federal Aviation Administration. 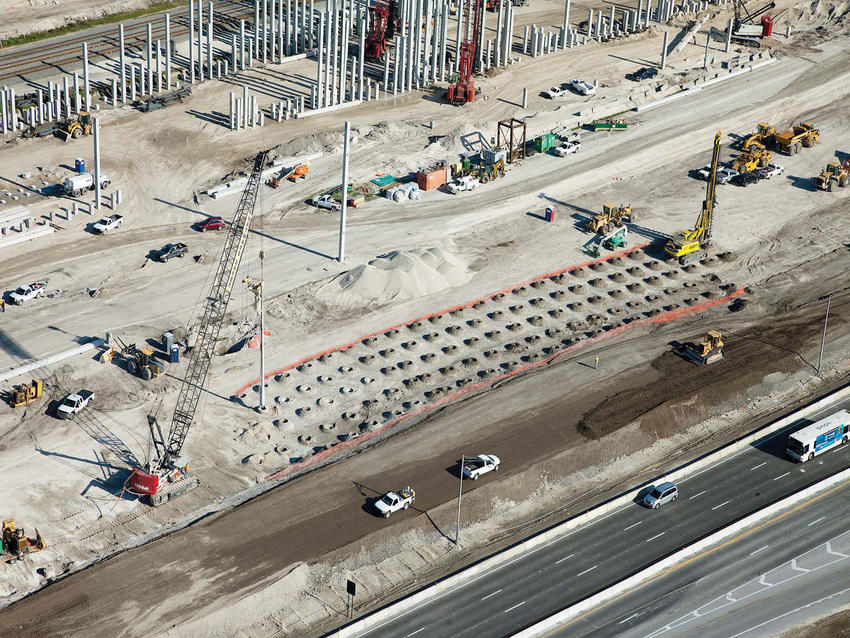 The Fort Lauderdale-Hollywood International Airport Runway Expansion required an elevation change of up to 60 feet throughout the 8,000-foot-long, 150-foot-wide footprint, and included a complex system of mechanically stabilized earth (MSE) walls, cast-in-place walls, and embankments. This will allow the runway to traverse over US 1 and the Florida East Coast railroad tracks, and the airport’s perimeter and entrance roadway.

Subsurface investigations encountered loose sand and organic materials underlain by soft limestone, loose sand, with medium dense sand and hard limestone below. In many areas, embankment and wall construction would produce excessive settlement and stability unless the soils were treated prior to construction.

Mass stabilization was chosen as the design solution for two embankments with average heights of 40 and 59 feet. Keller conducted finite element analyses of each embankment section to estimate the range of construction-related settlement and global stability evaluations.

Initially, dynamic compaction was proposed for an additional portion to densify surface material and collapse near surface cavities. However, the potential damage from vibrations to adjacent structures required vibro replacement and surface densification in lieu of the dynamic compaction.

The subsurface profile presented many challenges, including global stability of the proposed walls and embankments, and total and differential settlements of the runways and taxiways where the embankment abutted the bridge structures. The design-build solution reduced settlement and increased stability using a variety of ground improvement techniques. Careful considerations made throughout planning, design, construction, and quality control helped ensure specification requirements were met. 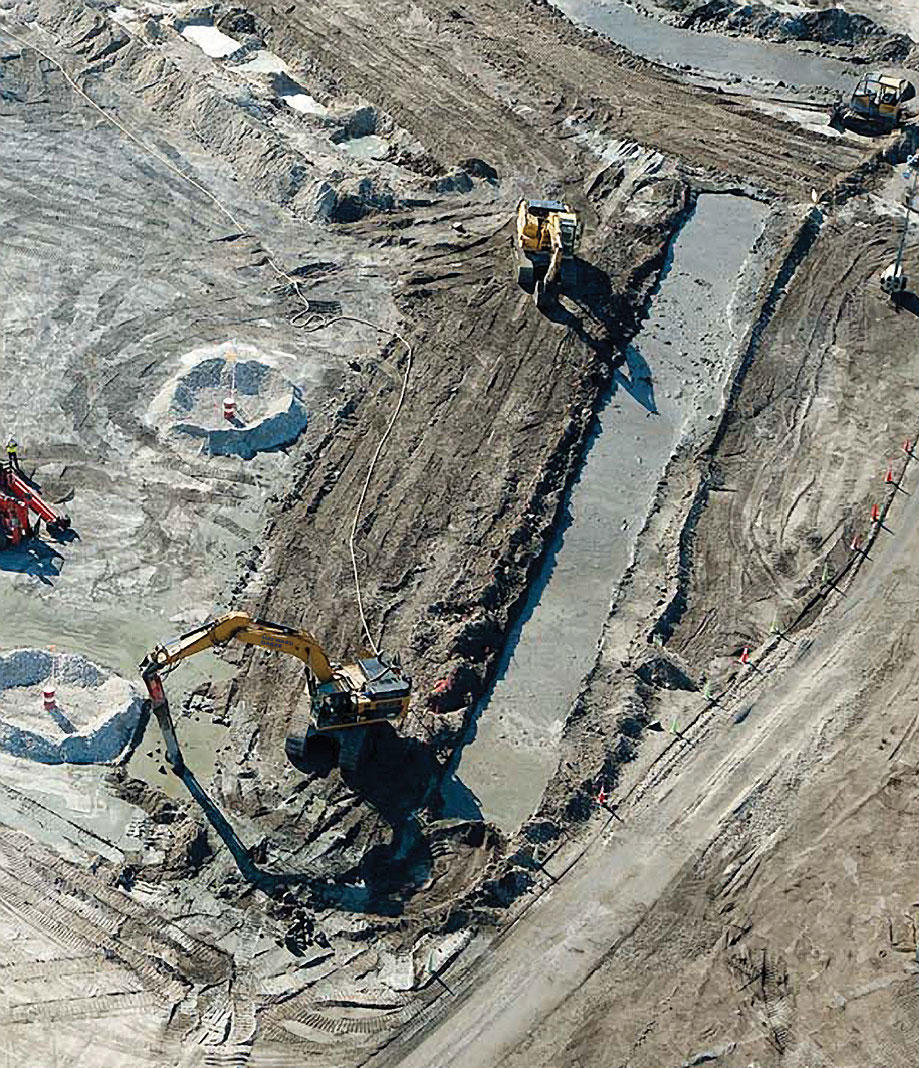 Aerial of mass stabilization of organic in planned embankment footprint. 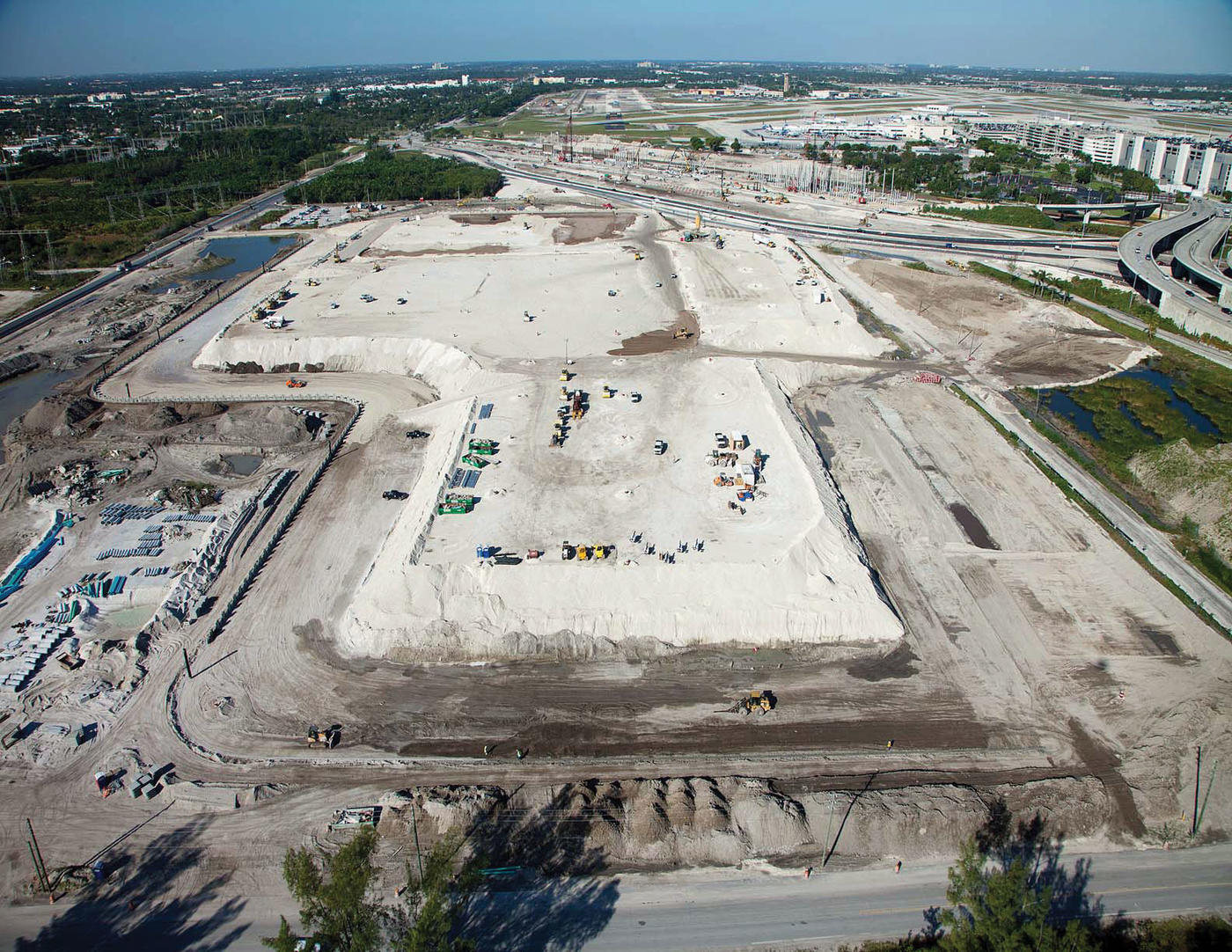