The micropile slide stabilization system (MS3) consists of an array of micropiles, working both in tension and compression, that connect as a system using a structurally reinforced grade beam to stop slide movements. 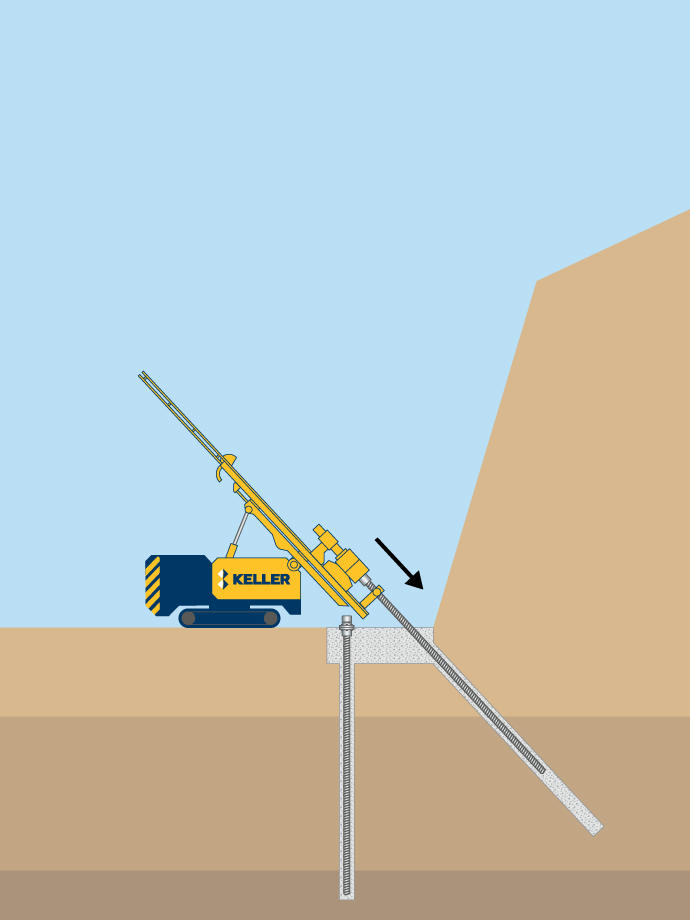 The micropile slide stabilization system (MS³) retains soil by connecting an array of drilled and grouted micropiles, sometimes in combination with ground anchors, to a reinforced concrete beam constructed near the ground surface.

A small bench is cut into the slope to allow access for the micropile drill rig. A reinforced concrete beam is first constructed on the ground surface, through which micropiles are then drilled at angles. The micropiles are then grouted and connected to the beam. The finished micropiles act in tension and compression to effectively create an integral, stabilized ground reinforcement system to resist sliding forces in the slope. The grade beam can be buried allowing the slope stabilization system to be hidden from view.

We have developed and trademarked this technique using our vast knowledge of micropile installation.