US 90 Bridge Enhancement over Yellow River

The existing, 1,617-ft-long US 90 bridge over Yellow River is located in an area considered navigable sovereign submerged land. The bridge span passes over the wetlands below as well as the river itself. A new bridge span of similar length was constructed adjacent to the existing bridge, allowing one-way traffic along each structure. In addition to being of daily benefit to Okaloosa County residents, the dual spans provide an enhanced evacuation route through the Florida Panhandle in times of emergency. 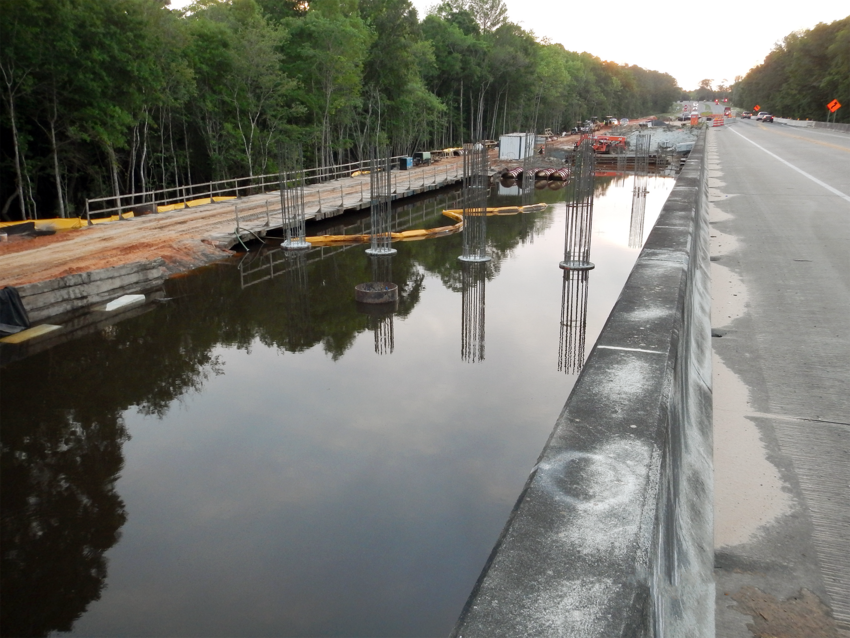 The new bridge was designed to be founded on drilled shafts extending 75 ft through the overlying sand and clay and terminating in the underlying marl. The alignment of the new bridge span passes over wetlands that are fully submerged at times of heavy rain, but with stretches that remain above the water line during normal conditions. Both land-based and water-based shafts were therefore installed.

Heightened environmental awareness was paramount at all times, particularly given the presence of critical habitat such as migratory Gulf sturgeon and three species of freshwater mussels.

To access the work area safely, the main contractor provided an elevated causeway parallel to the bridge alignment, with trestle-based working platforms created where required for direct access to shaft locations. Land-based shafts were temporarily cased while those located in standing water received permanent casing.

The 48-inch diameter production drilled shafts were installed in groups of four at each of the 20 bridge bent locations, for a total of 80 shafts. A vibratory hammer was used to install the casing through the standing water (if any) and overlying sands and clays to seat into the founding marl layer at depths of about 40 ft. Once each casing was seated, Keller drilled 35-foot sockets into the marl. Following cleaning of the shaft excavations, the full length reinforcing cage was placed. Prior to pouring the concrete, a 1-CY capacity ‘doughnut’ was fitted around the top of the casing to prevent accidental spillage that would impact the highly sensitive environment. The collar also allowed Keller to deliberately over-pour in order to ensure that any laitance (the weak, milky or powdery layer of cement dust, lime and sand fines that appear on the surface of concrete) and contaminated concrete would be removed to ensure the integrity of the shaft along its full length. Crosshole seismic logging (CSL) testing was performed to certify the quality of each drilled shaft.

Close cooperation with the main contractor throughout this highly complex project, coupled with Keller’s engineering expertise and field experience, resulted in a highly successful project completed on time and with minimal environment impact. 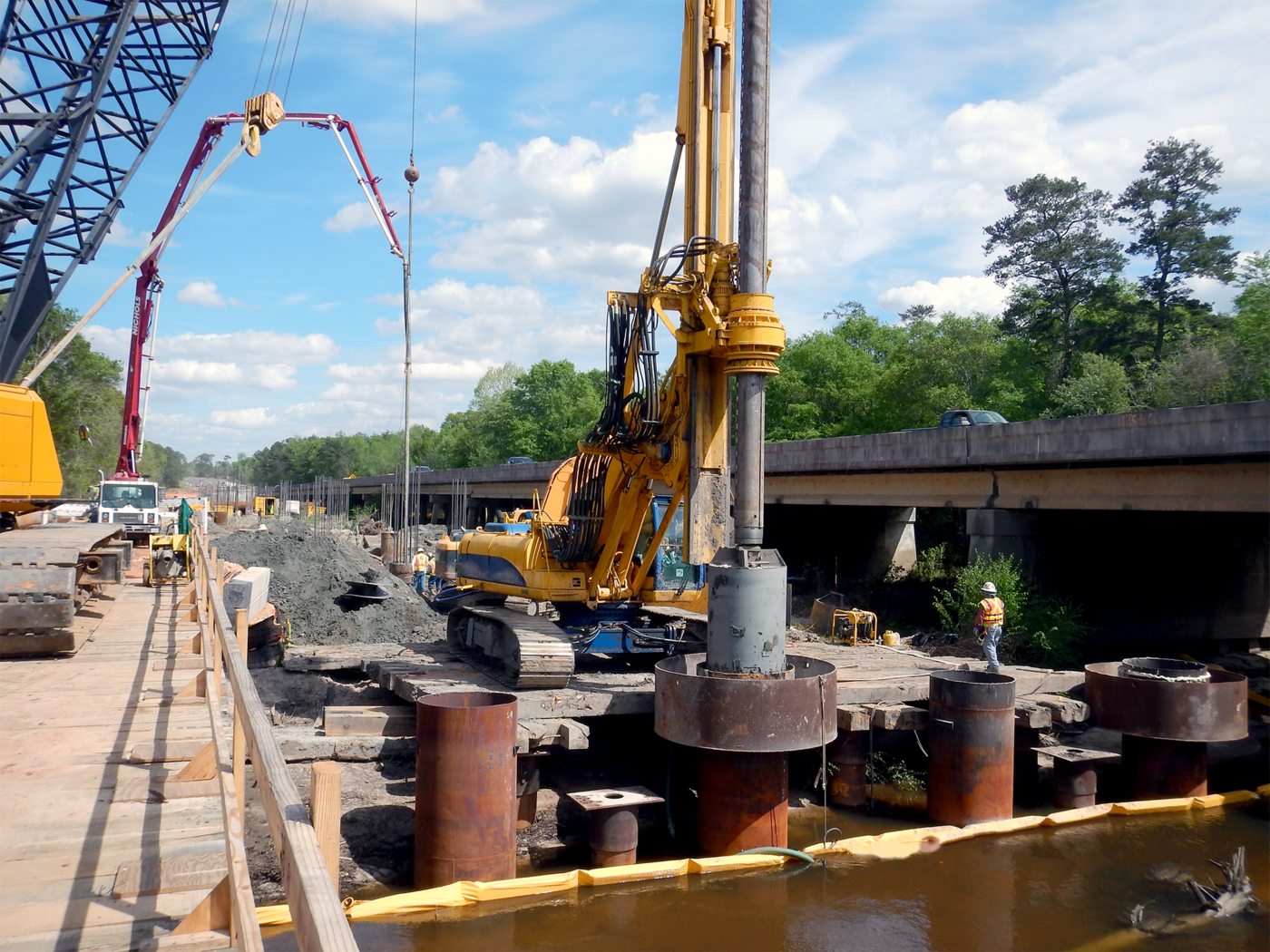